In prison for bizarre plot to kill parents, woman says her elderly mother wanted to die

Kimberly Hopkins pleaded guilty to zip-tying her mother's hands during a manicure and trying to put a plastic bag with helium over her head. 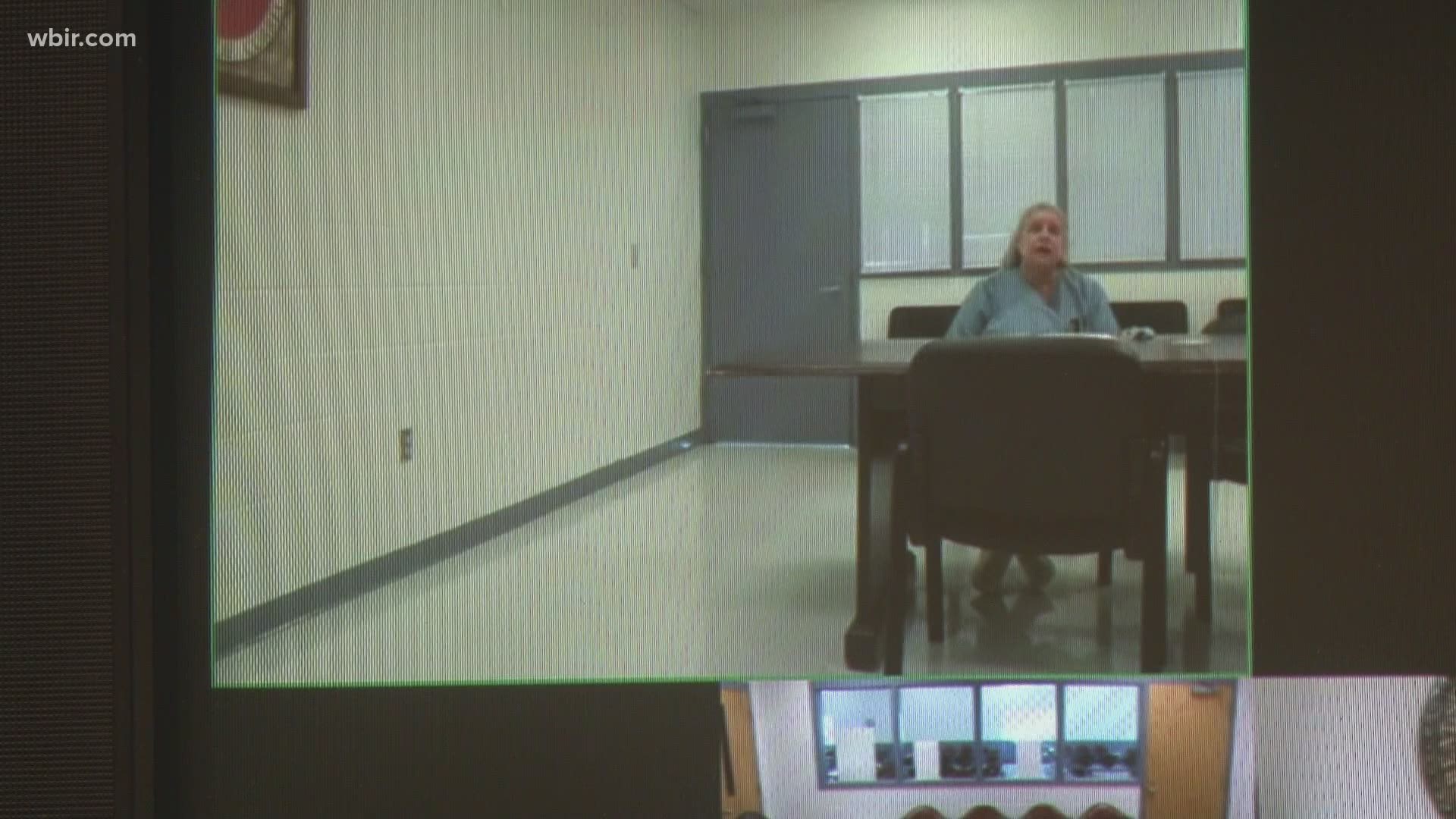 TELLICO VILLAGE, Tenn. — A woman in prison after a bizarre plot to kill her parents told a parole board her mother wanted help to die.

Kimberly Hopkins said her elderly Tellico Village mother asked for her help to take her own life Father's Day weekend 2018. She said her mother had long suffered verbal and emotional abuse from her father and wanted to die that specific weekend to send a message.

Hopkins said that's why she coerced her mother into a bedroom under the guise of giving her a manicure, zip-tied her hands and tried to put a plastic bag with helium over her head.

"She had ordered some things to help her kill herself and so I agreed to do that. I regret that now, but I was just doing what she wanted me to do," Hopkins said.

On the scene, deputies found a pot roast in the fridge spiked with a sedative, a to-do list for death and a book on assisted suicide.

Hopkins, he said, had been estranged from her parents for years.

"There was not any correspondence that she was talking about referencing an attempt to assist her mother in any suicide or euthanasia type situation," District Attorney General Russell Johnson said.

They say the murder plot was financially motivated: Hopkins wanted the money from her parent's estate after their death.

RELATED: A plan for murder | The 'bizarre' details of a woman's plot to kill her elderly mother

At the parole hearing, Hopkins objected.

"I would never have done anything that I did without my mother’s permission," Hopkins said, her voice cracking with emotion. "I am telling the truth today. And she doesn’t want me to tell the truth because it is embarrassing to her."

Johnson acknowledged Hopkins' father has a "controlling" personality and described the family as "dysfunctional." He said her mother is the opposite--caring and compassionate.

Prosecutors said the couple is split on what should happen to their adoptive daughter.

"The father literally wanted Mrs. Hopkins to receive a life sentence and spend the rest of her life in prison," Johnson said. "[The mother] did not want her daughter to go to prison, she wanted probation."

Hopkins agreed to a plea deal to serve at least 30% of a 15 year sentence. At her parole hearing, she said she deserved to serve the mandatory four and a half years.

Prosecutors said they ideally want her behind bars until her parents die.

"They’re still at the same residence and they’re still pretty well-off. Her motivations are still there," Bassett said. "If she were to be let out on parole, there’s a very high likelihood that she would try to do it again."

Her parents, both in their 80s, declined to be interviewed when contacted in November.