Joel Guy Jr. will spend the rest of his life in prison for killing, dismembering parents

Guy Jr. was already facing life in prison for the first-degree murder counts. 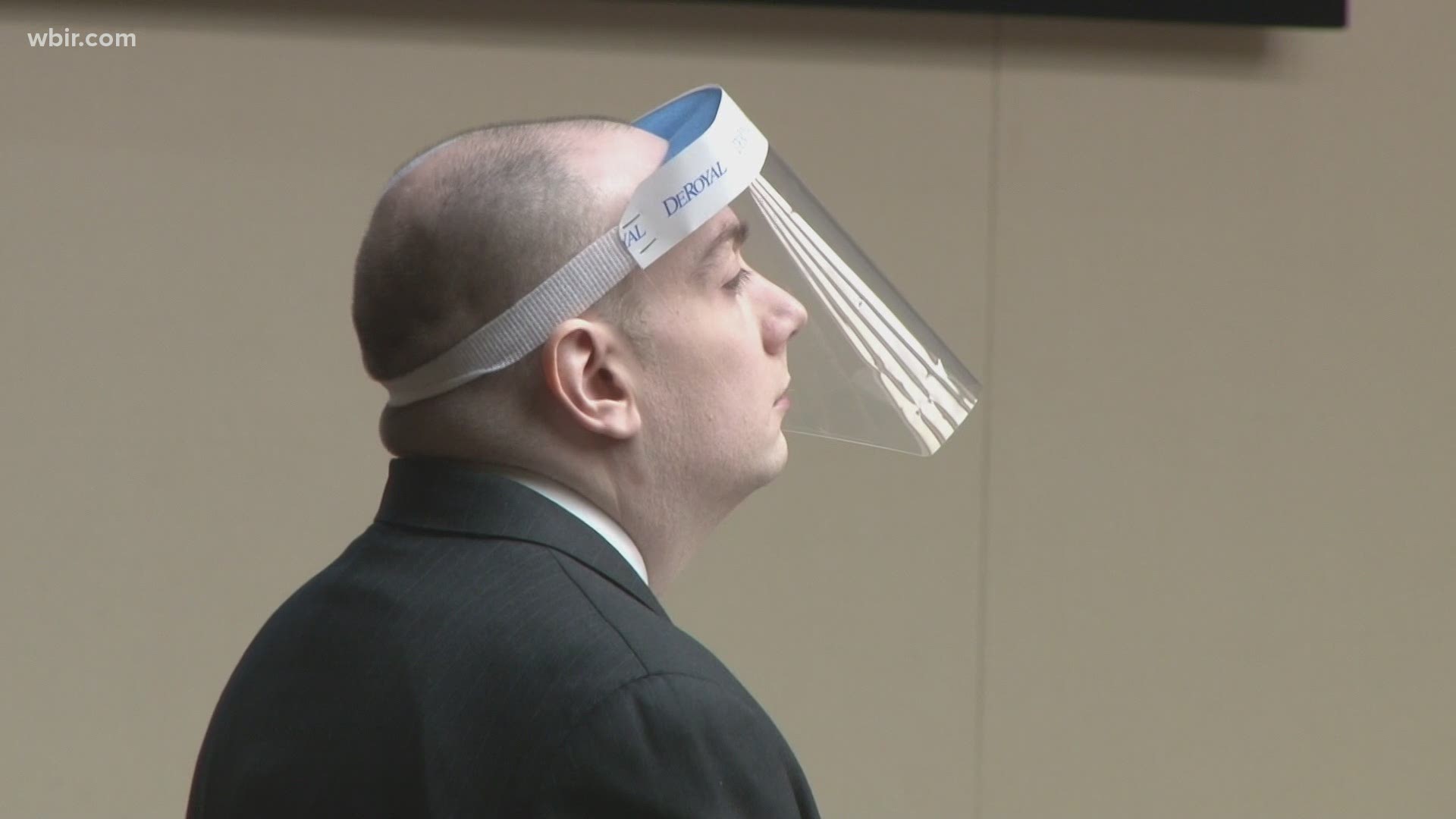 KNOXVILLE, Tennessee — A Knox County judge sentenced Joel Guy Jr. on Thursday to the maximum sentence for killing and dismembering his parents during a Thanksgiving 2016 visit.

A Knox County jury found Guy, 32, guilty in October of brutally killing parents Lisa and Joel Guy Sr. in their West Knox County home. After he killed them, Guy dismembered and tried to dissolve their bodies in corrosive chemicals.

He was already facing two life in prison terms for the first-degree murder counts, each of which requires a minimum of 51 years behind bars.

Thursday morning, Judge Steve Sword decided to make Guy serve those terms one after the other, and the judge added on two consecutive two-year terms for abuse of a corpse.  A person convicted of a first-degree murder count must serve 51 years in prison before becoming eligible for parole.

Guy, who has been held in jail since his arrest in November 2016, will presumably die in prison.

Judge Steve Sword told Guy he had shown no remorse during the trial for the killings and in fact, looked "kind of proud" about what he'd done. Guy showed little reaction as the court addressed him.

Sword said Guy was sane and that he wasn't likely to change his mind about what he'd done. Some family members had expressed hope he'd repent.

Guy's attorney will appeal the convictions, arguing authorities improperly seized evidence from inside the Guy home on Goldenview Lane. Sword set a Feb. 5 hearing date to check on the status of the appeal.

Guy is fighting being put in the general prison population. He wants a cell to himself.

A few days after the jury verdict, he wrote a note in jail suggesting he posed a threat to other inmates, hinting he felt the need to gouge out an inmate's eyes.

The prosecution argues the letter was a ploy to convince the court to order him held by himself.