Chelsea Hopson, 18, pleaded guilty in August to being an accessory after the fact. She faces a six-year term. 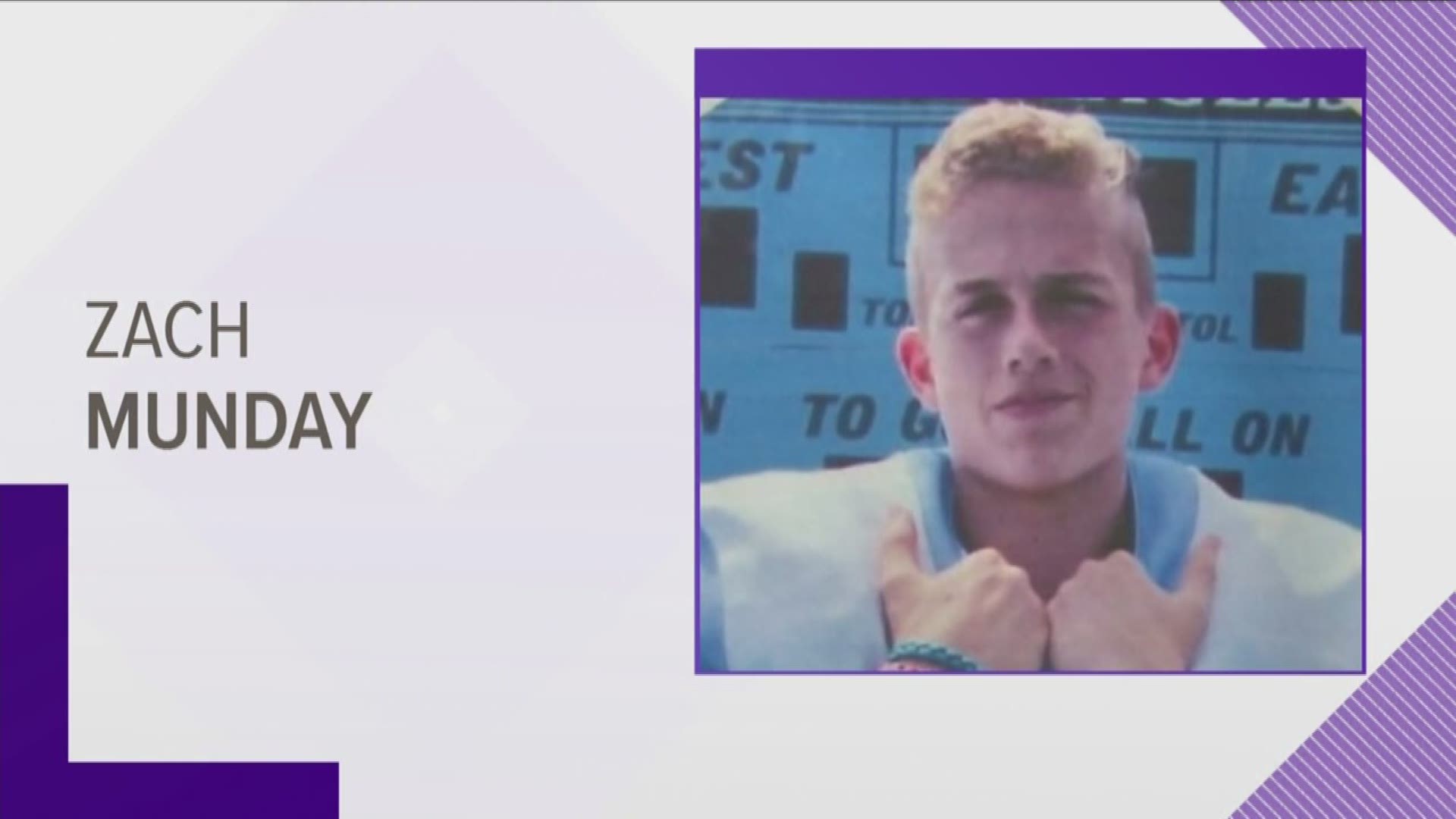 KNOXVILLE, Tennessee — A judge denied a motion Wednesday morning filed on behalf of an 18-year-old woman who faces a six-year sentence, including 30 days in jail, for a break in her sentence for her role in the death of a 15-year-old Gibbs High School student.

Wednesday morning, Bosch asked Green to modify the sentence so that she can serve the 30 days on house arrest rather than in Knox County custody.

That request was also denied.

Hopson is a student at Walters State Community College.

"Should Ms. Hopson remain incarcerated until December 1 she will not be able to make up the month of classes she will have missed," the defense motion states. "She will lose her financial aid. She will lose all of the significant progress she has made toward completing her first semester coursework thus far." 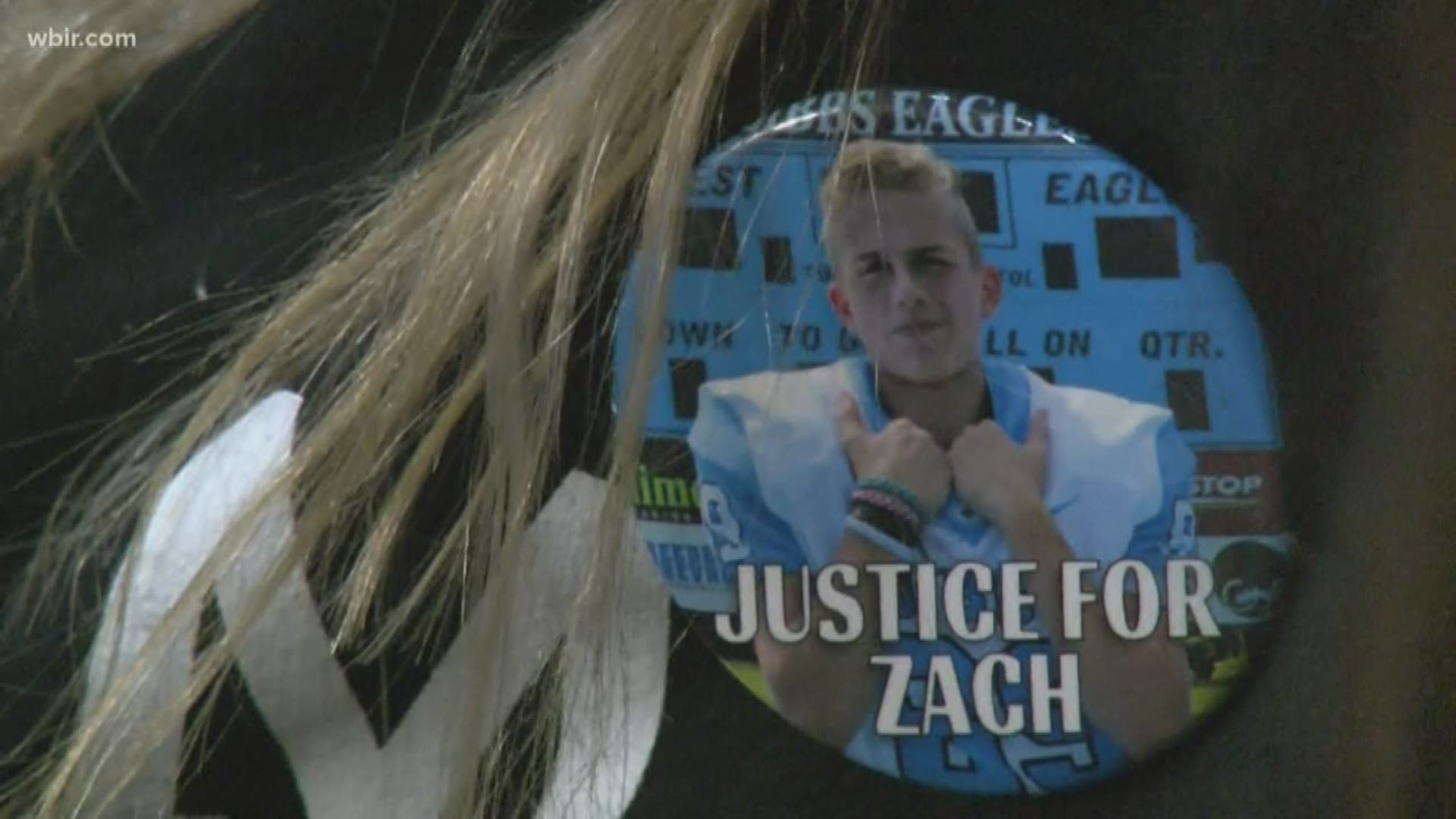 Zach Munday, 15, died in May after suffering a fatal head injury while at a party following the end of school at Gibbs. Evidence suggested he'd been thrown to the ground. Experts said if he'd gotten prompt medical attention he likely would have survived and recovered.

But Isaiah Brooks, 18, who scuffled with Zach outside the party, did not seek help. Brooks was drunk by his own admission. Brooks and Hopson had just graduated from Gibbs.

Instead, he and former girlfriend Hopson took the boy to Brooks' basement apartment in his parents' house and tried to tend to him on their own. Only the following day around lunchtime did Brooks end up seeking help for Zach.

By then, according to prosecutors, it was too late. Zach's organs were donated to help others.

Green on Friday ordered Brooks to serve a 10-year prison term with a chance at a review of his case in a year. He denied the young man's request for diversion, which would have allowed Brooks to keep the conviction off his record.

The judge directed Hopson first to serve a month in jail -- for which she was immediately taken into custody -- followed by the balance of a six-year term on probation-diversion.

A third defendant, Noel Leyva, 19, who held the party and bought the alcohol, got a three-year diversion term.

Hopson has been in jail since Friday afternoon.

Bosch argues his client has a clean record.

"She has been thoroughly shaken by this experience and will not soon forget how her actions in this case led to her immediate imprisonment," the motion states. "For Ms. Hopson, the effect of this time in jail has been more than sufficient to jolt her mindset and has served to drive home the severity of her conduct in this case."

Zach's family had asked Green to impose "shock incarceration" for a short period of time as part of her sentence.

The defense suggests she could serve house arrest under the condition "that she may leave her residence only to attend classes per a schedule provided to her probation officer in advance." She'd wear a GPS monitor if necessary.