Prosecutors said that a Roane couple locked adopted children in their basement, fed them a starvation diet and buried a young girl under their barn. 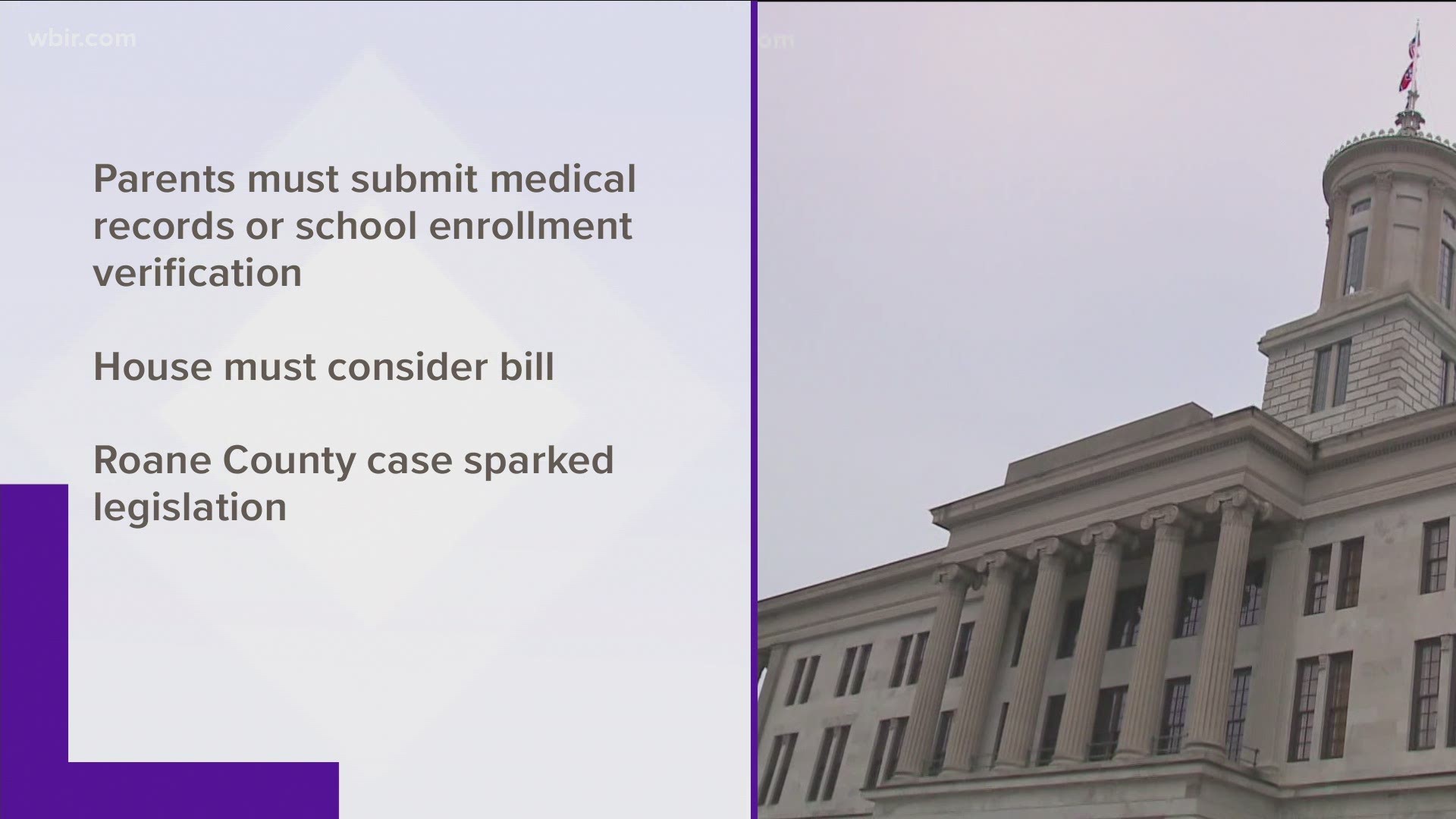 ROANE COUNTY, Tenn. — The Tennessee Senate Committee voted unanimously on Thursday to advance a bill aimed at preventing abuse related to a state adoption program, after details of a Roane County case motivated lawmakers to change state policy. The bill still needs to be considered in the House.

The bill mandates that all adoptive parents provide the Department of Children's Services with medical records or education verification to ensure the wellbeing of their adopted children.

Sen. Ken Yager (R-Kingston) filed the legislation after learning a Roane County couple cashed $36,000 a year state checks for adopting the very children they now face the death penalty for abusing and killing.

"Anybody with an ounce of humanity was shocked by the revelations of the mistreatment of these children. And I as a legislator was determined to try to come up with a means to stop this and prevent it from ever happening again," Yager said.

The adoption assistance program is designed to provide a stipend to foster families to encourage them to adopt their foster children, particularly those with special needs.

Through the program, DCS said it oversees state and federal payments for more than 11,330 Tennessee children.

If Yager's bill passes the full legislature and is signed by the governor into law, parents in the program will be required to provide the Department of Children's Services with medical or school enrollment records to ensure the child's wellbeing.

S.B. 270 also allows the department to visit the adoptive parents if they do not give the required documents and officials suspect foul play.

"We want to make sure when this agreement is renewed that somebody has laid eyes on that child," Yager said.

He said he believes that Shirley Gray and Michael Gray Sr. may have been stopped sooner if the legislation had been in place. Authorities discovered children's remains on their property after they were alerted about a wandering child near their home in May.

Authorities later found that the couple kept children locked in their basement and fed them a starvation diet. They said that the abuse could have happened over several years at their Dry Fork Valley Road home. Indictments said that they killed a 10-year-old girl living in their home sometime between January and March 2017.