In one district, some bus routes are impacted. In another, schools are scrambling for substitute teachers. 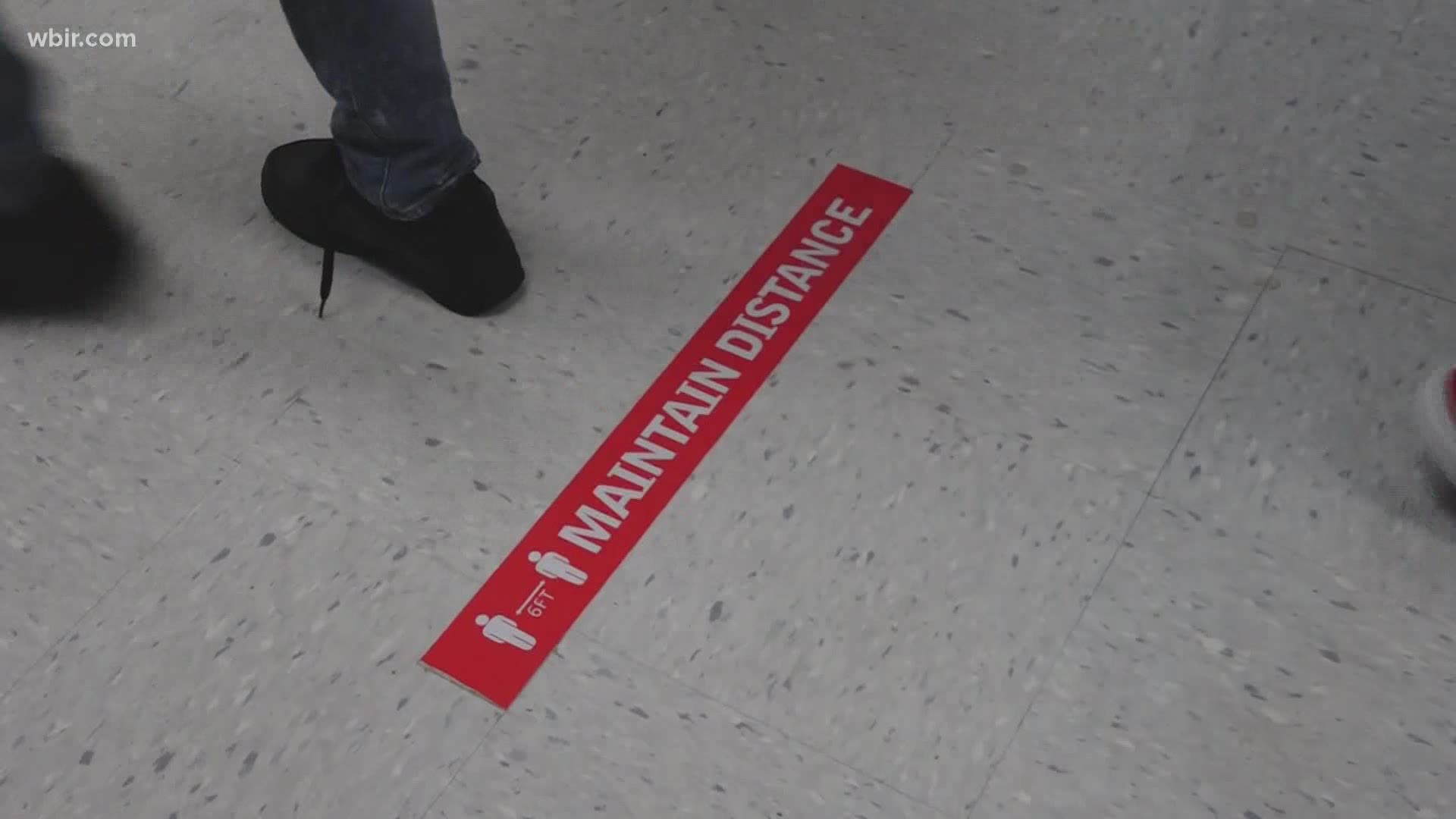 KNOX COUNTY, Tenn. — Since the beginning of the school year, the 10News data team has confirmed more than 2,000 cases of COVID-19 among students and staff members in East Tennessee schools.

Some districts have reported relatively few cases. For example, Claiborne County Schools has reported around 4.5 cases per 1,000 people.

Others have reported more. Fentress, Roane, Jefferson and Campbell County school districts have all reported more than 15 cases per 1,000 people.

Credit: WBIR
On this map, counties in darker colors have a higher proportion of cases in schools.

But the biggest challenge for many districts so far has been the number of people in quarantine or isolation.

"It's not necessarily the drivers themselves, but they've been in close enough proximity to where it still creates some problems," Benavides said. "We try to cover the routes as best we can ... but there's a lot of times where the only thing they can do it run their route and then turn around and run another one."

As of Nov. 12, Knox County Schools was reporting nearly 1,500 people in isolation or quarantine. Four schools were either partially or fully virtual, mainly due to staffing issues.

Dr. Martha Buchanan stressed the importance of following the current quarantine protocols to the Knox County Board of Education on Wednesday.

"It's working. Cases in your schools are low, in part because of quarantine," she said. "They do everything they can to minimize the number of students that have to be quarantined."

In Hamblen County, Superintendent Jeff Perry is preparing for the inevitable.

"We're going to have a multitude of our families and staff members travel over Thanksgiving break, and they will have multiple families coming in from various parts of the country," he said. "There's going to be a great opportunity for that super spreader event that would happen over Thanksgiving."

Supt. Perry said they're trying to be proactive by recommending middle and high school students go virtual the week following Thanksgiving. While elementary school students do not all have their own devices, there will be learning packets that they can take home.

"It can just help lower the number of students that we would actually have in school," Supt. Perry said. "Then by the end of the week, we should know if they're symptomatic or not and then that will prevent them from coming to school, and then spreading it."