The "KCS en español" Facebook page will include news, announcements and updates for Spanish-speaking families in Knox County. 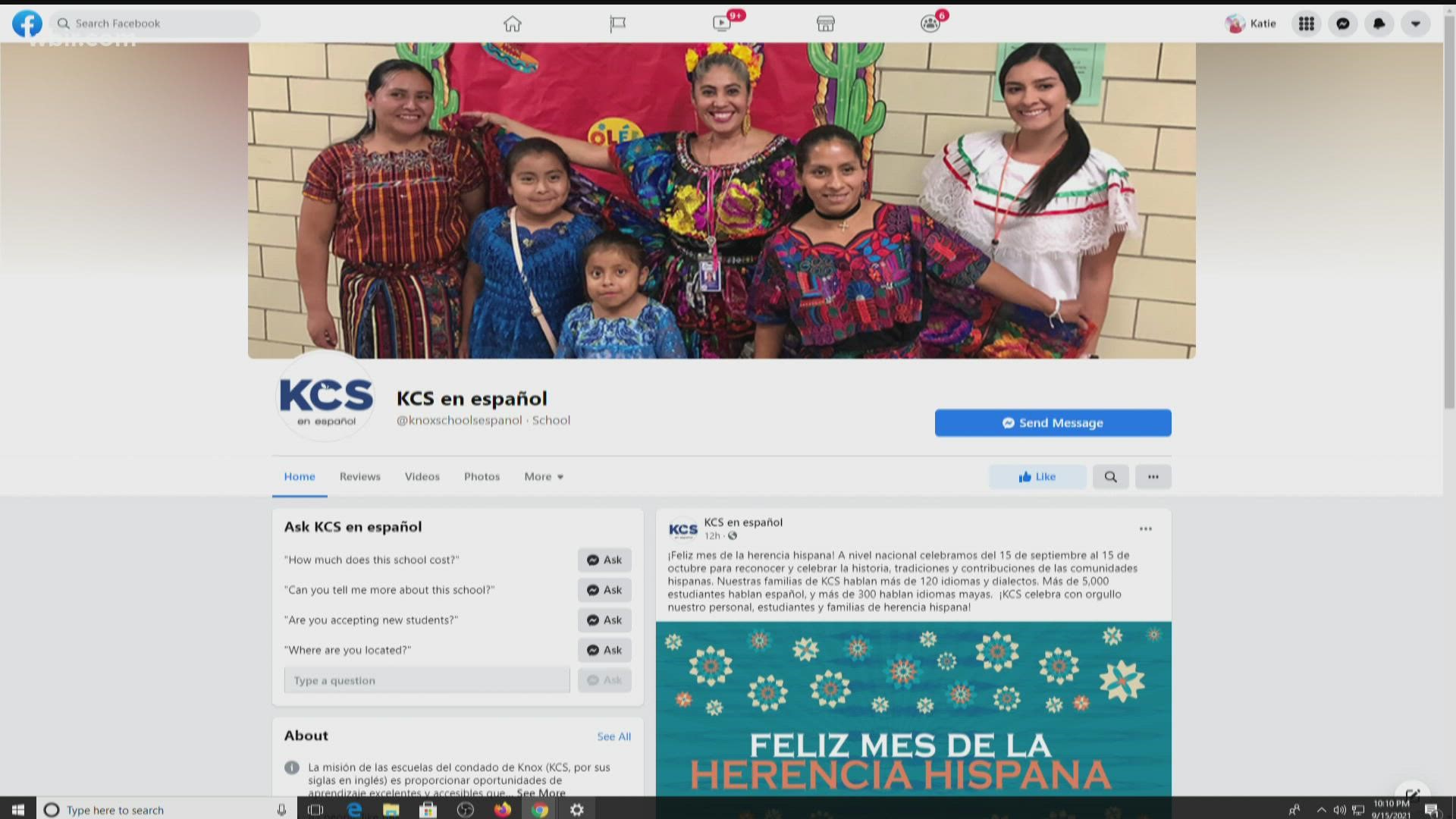 Officials said that the Facebook page will include news, announcements and updates. Spanish-speaking families will be able to follow the page and learn about news and announcements from KCS without the challenge of having to translate the information.

The new Facebook page comes at the start of National Hispanic Heritage Month, which celebrates communities of color across the U.S. The month starts Sept. 15 and will last through Oct. 15.

Hispanics accounted for over half of the nation’s population growth in the last decade. This is not just reflected in larger cities, but in mountain towns, Southern neighborhoods and Midwestern prairies.

“The Latino population has been dispersing across the United States for years — a reflection of where the nation’s population is moving and where opportunities are located,” said Mark Hugo Lopez, director of race and ethnicity research at the Pew Research Center.