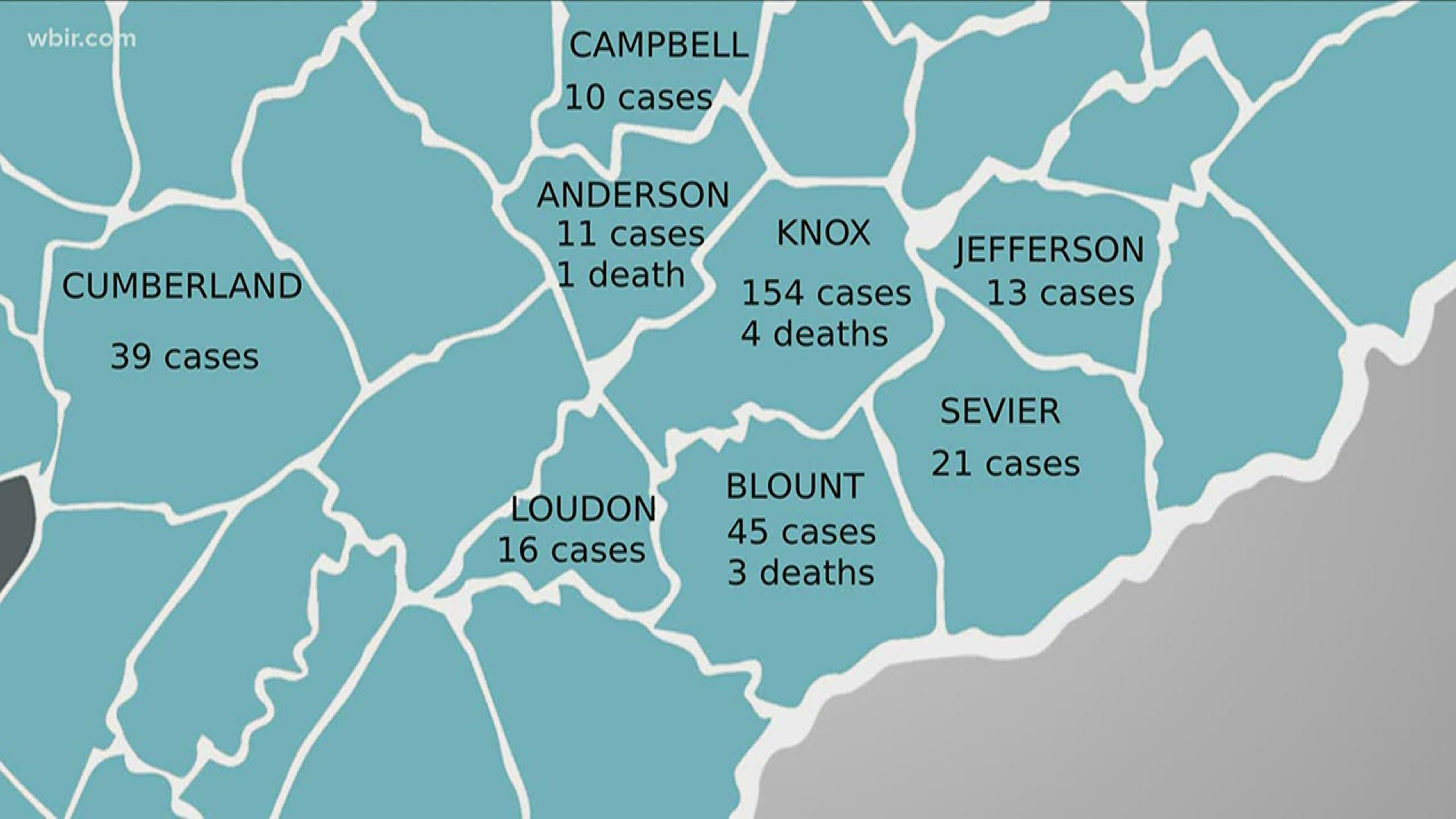 KNOXVILLE, Tenn. — Knoxville Mayor Indya Kincannon said she expects to extend her safer-at-home order beyond April 14 and has urged Gov. Bill Lee to do the same before his order expires next week.

Kincannon said in a Facebook chat Thursday that positive cases continue to rise. Until they start consistently going down, she said, it's best for everyone to continue remaining at home as much as they can.

The mayor said she raised the issue Thursday afternoon during a conversation with the governor and multiple other mayors.

RELATED: 4,862 confirmed cases of coronavirus in Tennessee, including 1,145 recoveries & 98 deaths

"He said he's having that conversation with his staff and health officials and is going to hopefully be making a decision in the near future," Kincannon said.

"I don't know when the surge is going to be, but I don't think it's happened yet."

On Friday, the Knox County Health Department said it had reported two new positive cases, bringing the total to 156. New cases have appeared in recent days to be only in the single digits.

Kincannon said she also wants assurances that testing is widely available and affordable. The county Health Department is continuing to expand access to testing, planning Monday to boost from 15 or 20 to 90 a day the number of tests it can conduct.

RELATED: Knoxville's homeless will have a safe place if showing coronavirus symptoms

RELATED: Gov. Lee issues 'safer at home' order for all of Tennessee

Reporters have pressed Lee several times this week during his Monday-Thursday briefings about whether he'll extend his safer-at-home order. It's set to expire midnight Tuesday, April 14.

He said as recently as Thursday he was continuing to evaluate forecasting models and data about things like hospital bed availability while also consulting with his staff.

"We'll make a decision certainly before it runs out," Lee said. "We'll let people know what that decision is. Data changes quickly. Hospital counts are changing every day.

"What we're most interested in is making the right decision at the right time."

Lee did say he expects Tennessee still will see a surge in patients and positive cases.

Some forecast it could happen later next week.

"Exactly when that surge is, how big it is -- we don't know that yet," Lee said.