Inspired by her own pain, UTK graduate becomes X-ray technician

Savannah Flatford, 22, had a scary experience with an MRI as doctors searched for a diagnosis. Now, she's helping others through that process as an X-ray tech. 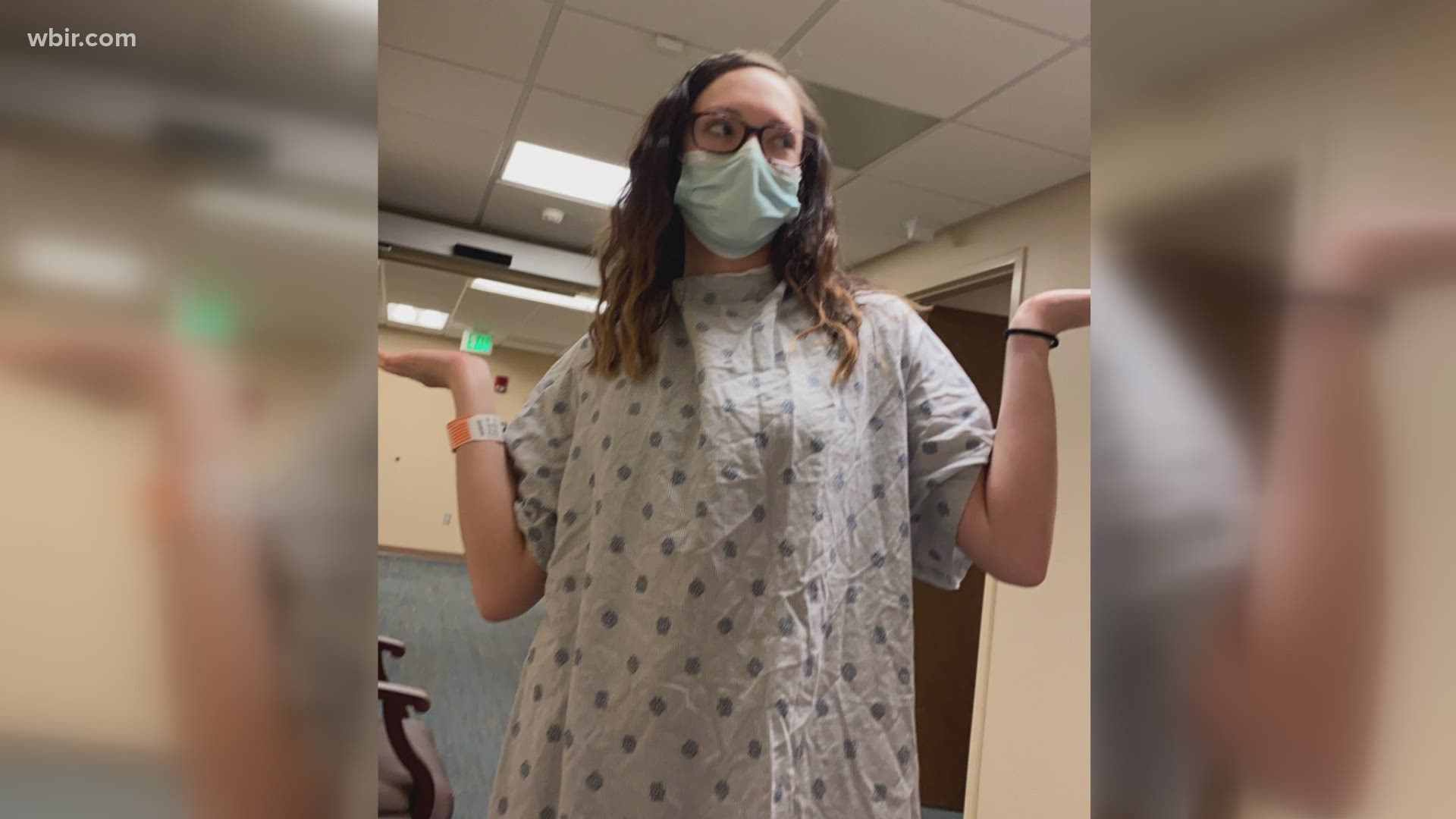 MAYNARDVILLE, Tenn. — Savannah Flatford loves her family, ducks and being active. That's why her mom was so concerned when she began struggling to stay awake.

"She was a cheerleader. She played softball. She's always been really, really active," said Pamela Williford, Savannah's mom. "She would come in and just crash... She was in so much pain and would crawl on the ground. That's just not like her."

Savannah has debilitating headaches, sudden loss of vision, difficulty hearing and numbness in her arms and hands, among other symptoms.

"There are days when all I can do is open my eyes or swallow something, because [my disease] causes problems with swallowing too," Savannah said. "It's a lot of symptoms."

Savannah had to get an MRI as doctors worked to diagnosis her. That's when she learned she is very claustrophobic.

"I had a total panic attack. I couldn't control it. It was like the scariest experience in my life," Savannah said. "As soon as the tech pulled me out, he said, 'I knew you couldn't do this.'"

When she returned for a second attempt, Savannah had to be sedated. But this time, a kinder X-ray technician was there to help.

"She helped me through the whole thing, took her time with me, just because I was so nervous," Savannah recalled. "I was like, I want to be you. I want to help people like you helped me."

This past Spring, Savannah graduated from the University of Tennessee's radiography school. She's now working as an X-ray tech in a doctors office, just like she wanted to.

Doctors also diagnosed her with a Chiari Malformation Type 1, a condition where the brain extends past the skull into your spinal cord.

Soon, she'll be heading to New York for a surgery that can relieve some of her symptoms.

"I've tried everything I could and surgery is the only option I have," Savannah said. "I don't know what it's like anymore for people that don't deal with these symptoms everyday."

Both her and her mom have been looking forward to this moment.

"I can't do anything to take away her pain and that's really hard," Pamela said. "It just helps her to know that there's hope."

Savannah's family is raising money on GoFundMe for her upcoming surgery in New York City. Her family hopes her story will raise awareness about Chiari Malformations and why it's important to advocate for yourself as a patient.