What's in the water in East Tennessee?

Before you jump in the water at your favorite swimming hole, you might want to think twice. We dive into the data to find the potentially dangerous pollutants in the water. 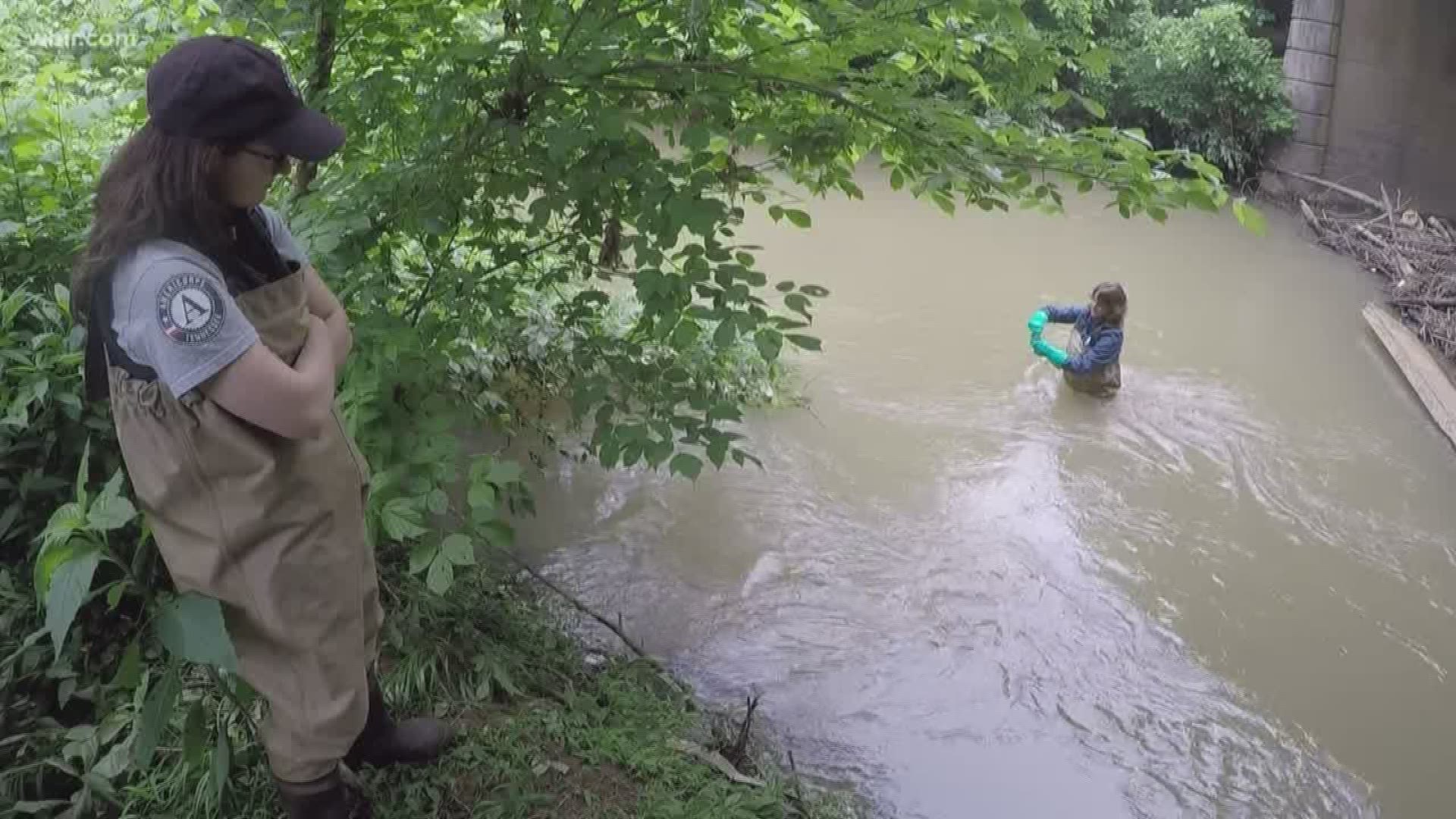 KNOXVILLE, Tenn. — As the weather warms up and school lets out, the swimming holes and fishing spots on the lakes and rivers of East Tennessee will be flooded with families again.

But before you jump in, you might want to think twice.

A 10News review of hundreds of pages of state documents found creeks, rivers and lakes in our area with potentially harmful pollutants and bacteria such as E. coli, mercury and PCBs.

►LIST: Here's what's in the water of 19 local spots

"We probably have thousands, tens of thousands of chemicals in water," University of Tennessee microbiologist Dr. Frank Loeffler said.

The good news? Loeffler says just swimming in the water likely won't get you sick. "You would have to swallow a lot of water many times before the health effects would become apparent."

But while it may be safe to go in the water, the real danger is what you pull out of it. Some fish in our lakes have high levels of toxins.

"We have toxic chemicals in the water, particularly associated with the sediment," Loeffler said. "And then fish like to eat food from the sediment."

Mercury and chemicals called PCBs rest on the bottom of the lakes.

"If the chemicals are not toxic to the fish, humans eating the fish are exposed to much higher concentrations than the fish are," he said.

RELATED: Fish advisory continues for Nolichucky and Pigeon Rivers because of mercury levels

When we eat bottom-feeder fish like catfish and largemouth bass from those lakes, we're also eating toxic chemicals.

"You may be exposed repeatedly over many years and decades to chemicals and eventually that causes disease like cancer," Loeffler said.

Some of the most common are polychlorinated biphenyls—or PCBs for short. They don’t occur in nature, but were a common component in hydraulic fluid and farm equipment.

The Tennessee Department of Environment and Conservation has issued warnings for PCBs in Fort Loudoun, Melton Hill, Tellico and Watts Bar lakes.

That means there are certain fish you shouldn’t eat from there, especially bottom feeders like catfish and largemouth bass.

"They can analyze that fish tissue and find out what that fish has consumed that may be potentially dangerous for you," Kathy Hawes, executive director of the Tennessee Clean Water Network said.

Another concern is mercury which can cause developmental problems in children.

TDEC warns against eating largemouth bass in parts of Fort Loudoun lake and adds striped and smallmouth bass plus sauger to the advisory in Norris.

In some areas, like Poplar Creek in Anderson County, it says not to eat any fish at all.

Hawes says another concern is how often the government tests the waters to issue those warnings.

"Some of our lakes aren't being tested by the government but once every two years or five years and that's not enough," she said.

She warns that means some pollutants might slip through the cracks.

"There's not cause for alarm, but there's great call for better awareness and action on some of these issues," she said.