A fire two weeks ago destroyed Lyle Allen's home. His house was three times the recommended distance from a fire hydrant. 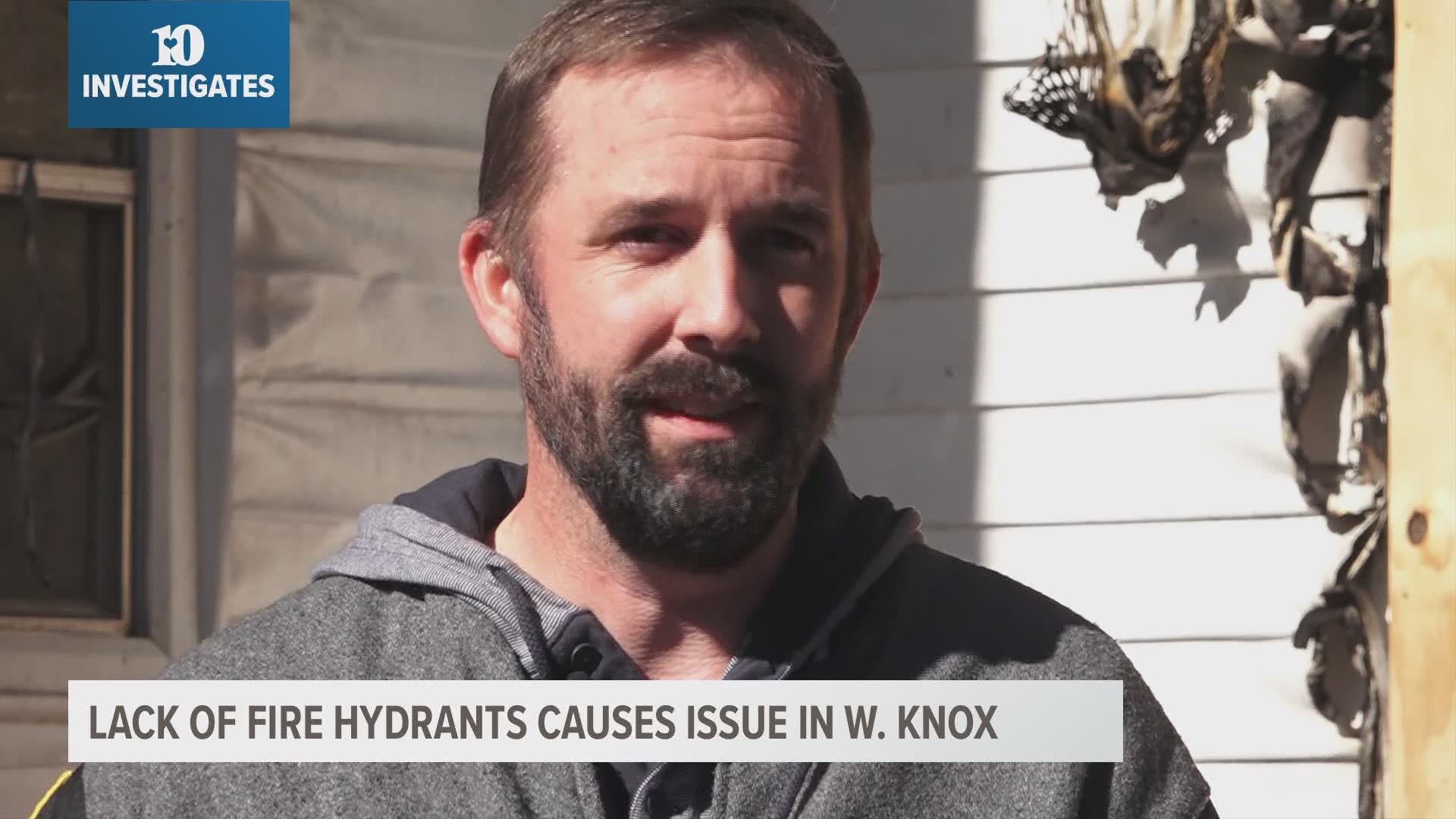 KNOX COUNTY, Tenn. — Walking through his burned-out West Knox County home, Lyle Allen surveyed the damage of his life gone up in smoke.

"We lost everything," he said. The devastating fire that tore through his home two weeks ago. "Everything you worked for, gone in a matter of minutes."

Inside the house, glass crinkles under each step and kids' shoes litter the ground near the closet. A stray toy reminds the family of their six pets killed in the inferno.

"I do not want to see another family experience what we went through," Allen said.

But he fears more will—especially without changes to the hydrant system in West Knox County.

When firefighters arrived at his home, it took a relay of hoses more than five football fields long to get a water line to the fire. The nearest hydrant was more than a quarter-mile away — three times the recommended distance between house and hydrant.

"It takes away from our ability to be aggressive on the front end and fight the fire," says Rural Metro Fire spokesperson Jeff Bagwell. "This particular area has grown so fast so quick that a lot of the utilities may not have been able to develop along with it."

Bagwell said firefighters face this problem in far-flung areas of the county, but also in several densely populated subdivisions near Allen's home in West Knox. He said those areas do not have as many hydrants as firefighters would like.

"We're talking about quite a bit of money that would affect our rates," West Knox Utility District General Manager Drexel Heidel said of the replacement process needed for new hydrants.

In some of the subdivisions, water main pipes are smaller than the 6-inch minimum needed to support new hydrants, Heidel said. The utility district approved a $200,000, 3-year plan to add 37 new hydrants to main lines in the area in an effort to expand coverage, he said.

Tearing up roads to replace lines on smaller streets would be inconvenient for customers and could cost millions, Heidel said.

As Allen plans to rebuild, he insists something must change in case of another devastating fire.

"I think the water company really needs to take a hard look at the infrastructure in this neighborhood and the surrounding neighborhoods," he said.

Rural Metro is also reminding people not to drive over fire hoses if they find one that's along the road. On Friday, a fire claimed another house in West Knoxville. No one was hurt, but a driver had run over and cut a hose that was attached to the hydrant -- making it harder for them to extinguish the fire. 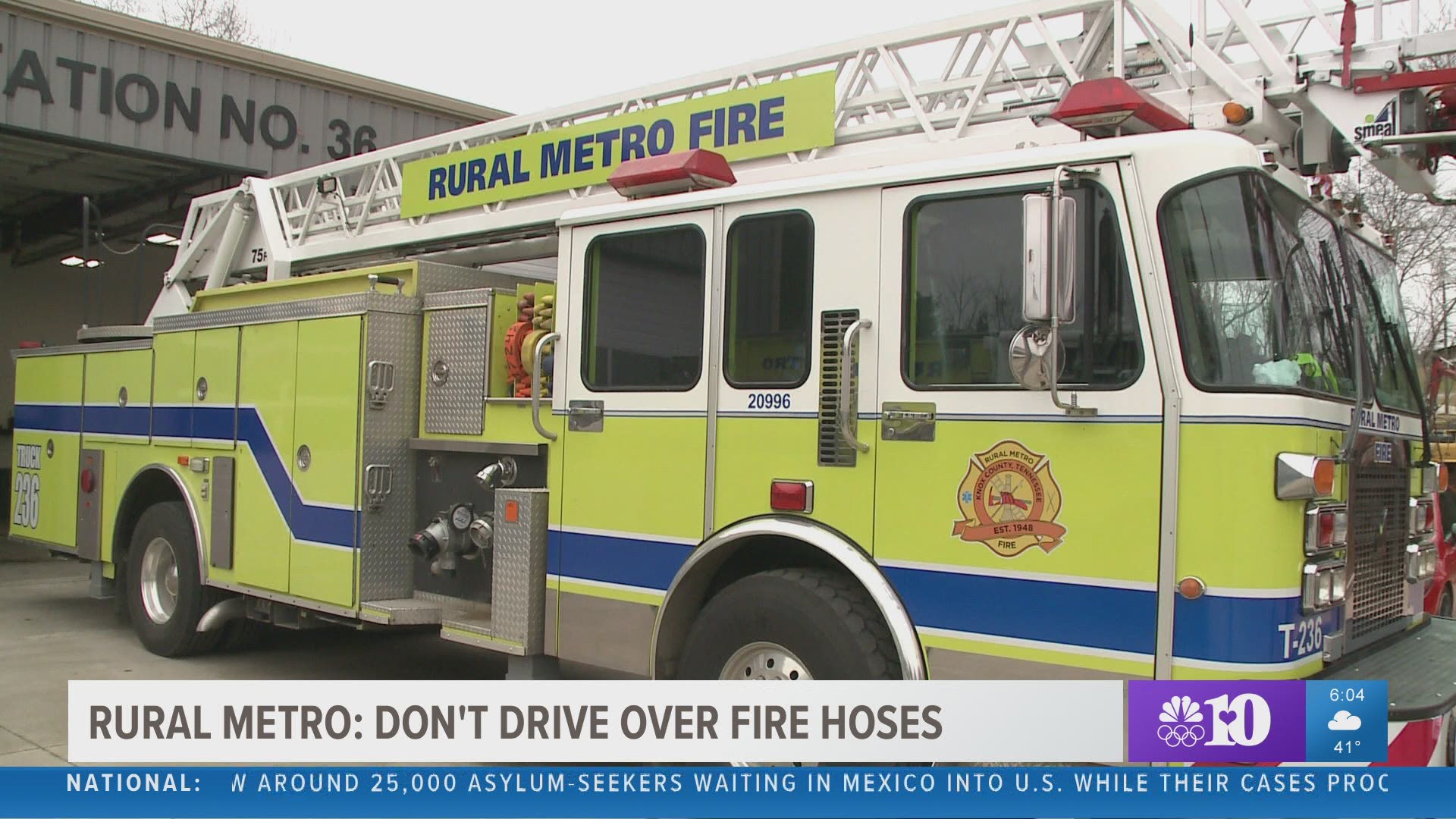 "So now the firemen have to stop what they're doing because they run out of water  and they have to go 28 hundred feet back to the hydrant with another section to replace it and turn it back on again," Bagwell said.

He said a fire doubles 1,100 times in 4 minutes, making each second critical. Having to change the hose takes longer than that because the crew had to walk all the way to the end of it due to the distance of the hydrant.