Nearly 1,700 miners nationwide had their paychecks bounce with no warning. About 200 of those live in Harlan County. 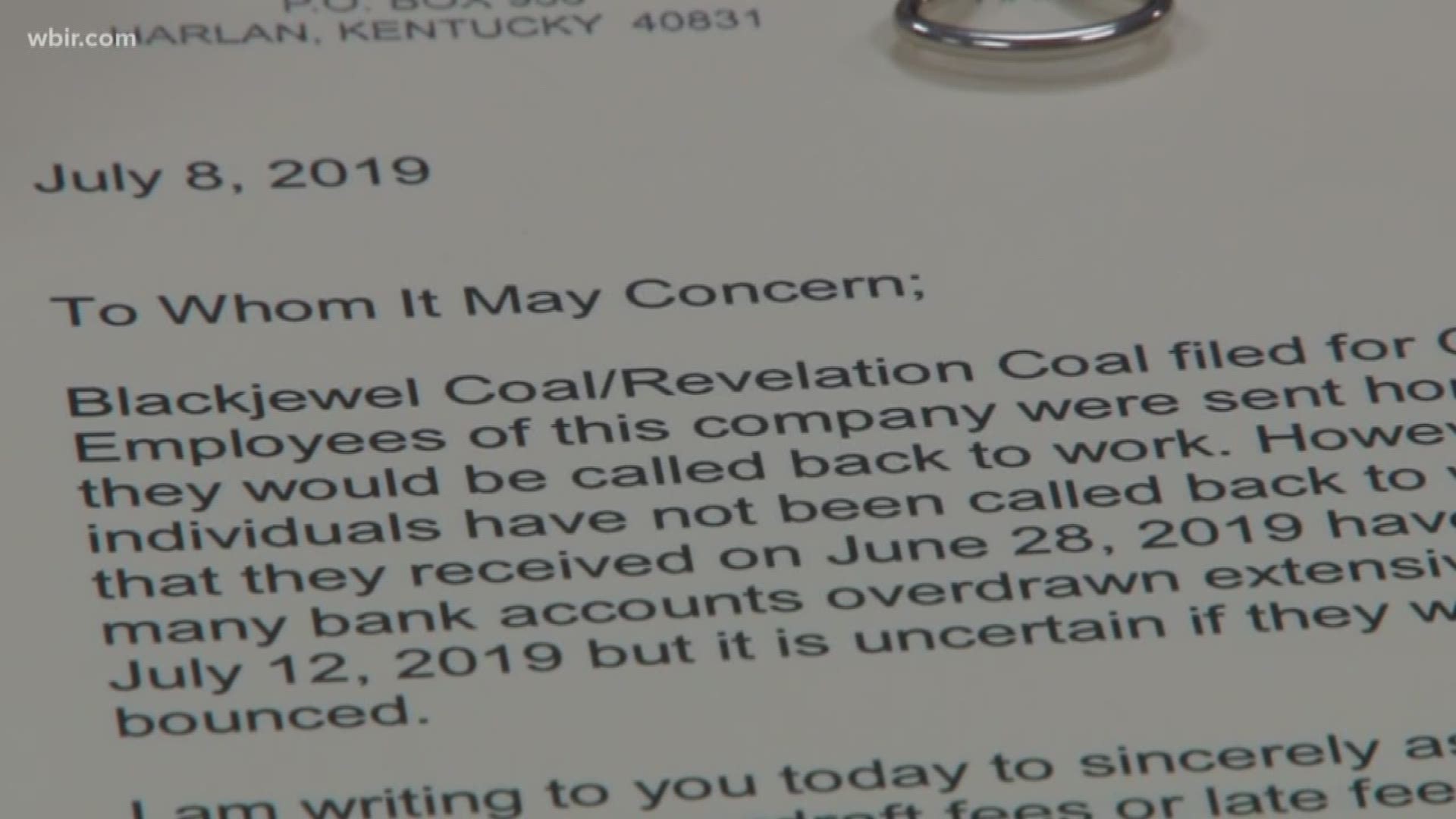 HARLAN COUNTY, Ky. — As many as 200 Harlan County coal miners and another 1,500 in Kentucky and other mines in the U.S. are out thousands of dollars in pay after their employer abruptly went bankrupt.

Blackjewel LLC, the sixth-largest coal producer in the U.S., filed for Chapter 11 bankruptcy protection last week, with the Associated Press reporting the company owes at least $500 million in liabilities.

The news came suddenly for miners numbering nearly 1,100 across Appalachia in Eastern Kentucky, Virginia and West Virginia, and another 600 in northeast Wyoming. They were sent home abruptly and had their paychecks bounce without warning.

Kentucky Governor Matt Bevin said the Labor Cabinet will investigate the coal mining company, saying the cabinet will look into complaints the company failed to pay employees for time worked.

While Blackjewel said it is working to restructure, Blevins said his livelihood was taken from him.

"Myself and others, we all have kids," Blevins said. "And that's one of the best ways around this area to provide for your family, is the coal mines."

Blevins has worked for Blackjewel, an affiliate of Revelation Energy, for a few months now.

On July 1st, employees were told the company had filed for bankruptcy. He was sent home and told he was going to get paid.

That hasn't happened yet, though.

"A lot of the guys I talked to, the biggest majority of them all right now are feeling—trying to be more positive about it," Blevins said. "Just trying to be positive that we get to go back to work."

Harlan County Judge Executive Dan Mosley is doing what he can--printing letters explaining the situation to miners' banks and creditors.

"A situation like this should not ruin someone's credit when they had nothing to do with the cause of this," Mosley said. "This is not their fault."

He said the county will hire a lawyer to represent the miners in bankruptcy court.

He said he can do that because Blackjewel already owed thousands of dollars to the county in property taxes.

"The bankruptcy hearings that have been held for this company so far—the only attorneys present have been those who are representing the company, Mosley said. "So we want to get an attorney to represent the miners, to file an action to get back in front of this bankruptcy judge to see that these folks are taken care of."

A couple of coal miners said they're having another meeting in a neighboring county coming up Wednesday to get as much information out about the situation and about the future as they can.