Brandy Brogdon got the surprise of her life when she found out the community and an anonymous donor gifted her a truck to continue her work helping others. 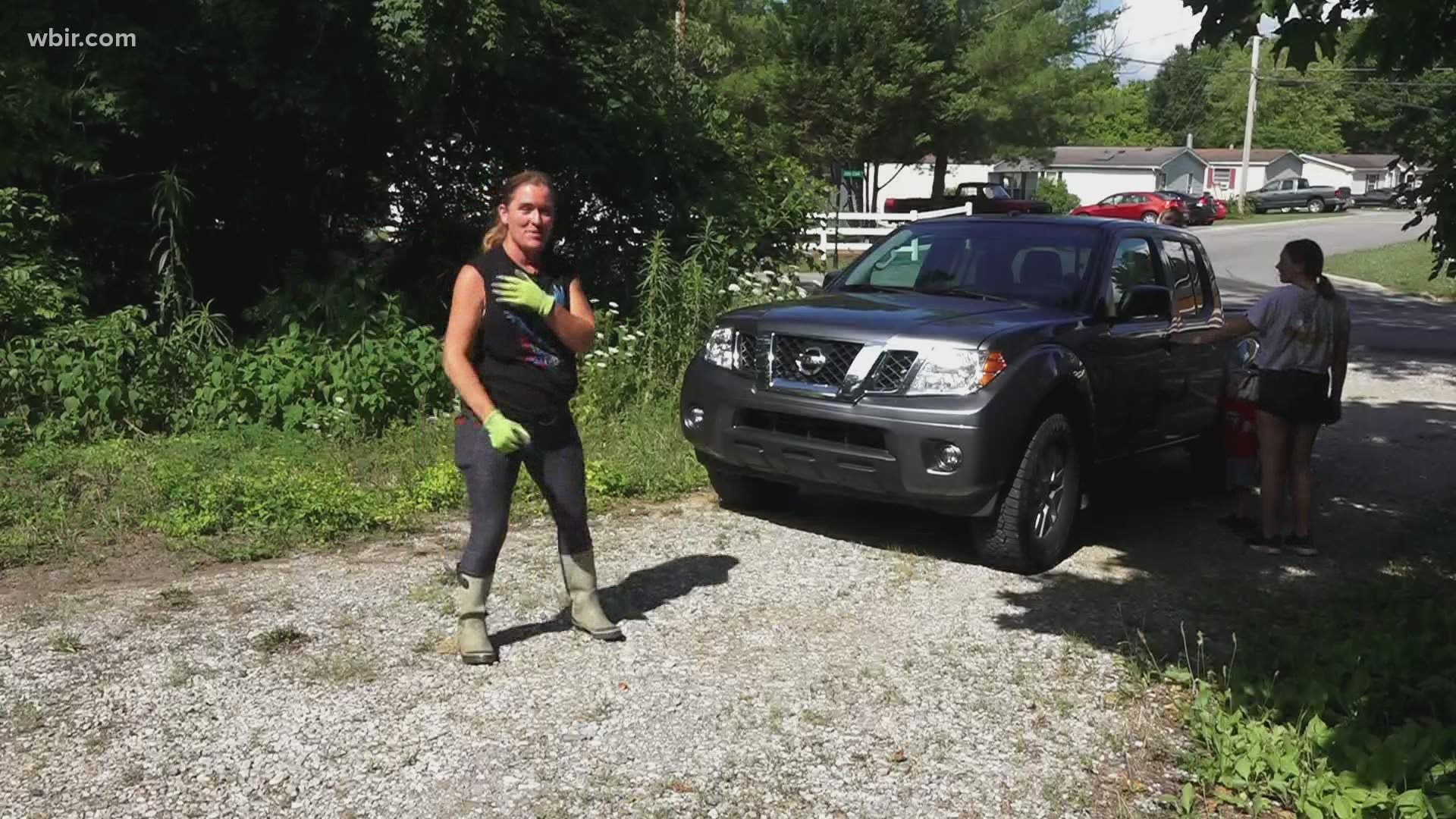 ANDERSON COUNTY, Tenn. — The Anderson County mom known as the "Litter Lady" picks up trash constantly on the side of the road, but needed more space to haul more trash away.

She didn't have enough space in her Jeep to haul off all the big debris. She had to make more trips to the landfill, not to mention it's the same car her kids ride in.

In May, Brogdon pleaded with the public for help in getting her a truck so she could pick up more litter and bigger items on the side of the road, like mattresses.

"The truck I was expecting was an 80s model beat-up Chevrolet, throwing stuff in the back, tie it down, tarp it and take it to the dump," Brogdon said.

After WBIR's original story aired about Brogdon and her request, the community and an anonymous Knox County viewer knew he needed to help the Litter Lady out in a big way.

That anonymous viewer offered to match donations up to $10,000. Behind the scenes, he was searching for a truck.

Nothing could have prepared Brogdon for what drove down the road and into her life on Monday.

While picking up trash near her home, she noticed a truck pull into where she was parked. She couldn't get a look fast enough at her new truck.

Brogdon was speechless, except for the few words, "I'm gonna cry."

It's a moment Brogdon will never take for granted. She hugged the man who turned out to be her angel on earth.

"It’s people like you that keep the world going around, it really is," Brogdon said to the donor. "You make the world a better place just by being in it.”

It took over a month for the donor to find a truck that was reasonable and would be safe and reliable for Brogdon's family.

The 2017 Nissan Truck from Gilreath Auto Sales in Strawberry Plains is a lot more than Brogdon bargained for.

Brogdon predicts the truck will be able to hold over triple what her Jeep did.

"It's a big difference, I mean a tremendous difference," Brogdon said. "It will save me time and effort and energy, so it's just kind of a big deal."

A gift basket filled with goodies in the back seat was the cherry on top. It was filled with an emergency kit, windshield wipers, tie straps, an air freshener and cleaning supplies.

Brogdon said she can't thank the community enough for all they have done to raise money and make donations to her too. The truck is a life-changing gift that will help her help others.

"The lesson in all of this is that one person can make a difference," Brogdon said.

She's officially closing the door on the Jeep that helped her start as the Litter Lady, but that doesn't mean she won't still keep trash bags in it and pick up trash whenever she sees it out and about.

"This will allow me to get a crew together," Brogdon said. "Not just my kids, but other adults that maybe wanna help me and we can all go together and do this."

Now, she won't have to worry about whether she'll have to leave any litter behind.

If you would like to be a part of the Litter Lady community Brogdon has a Facebook Page you can join here.