'There is hope' | Knoxville man shares story of recovery

Griffin Bond's struggle with addiction began at age 12. Now, he's six years clean, back in school and working to help others find their path to recovery. 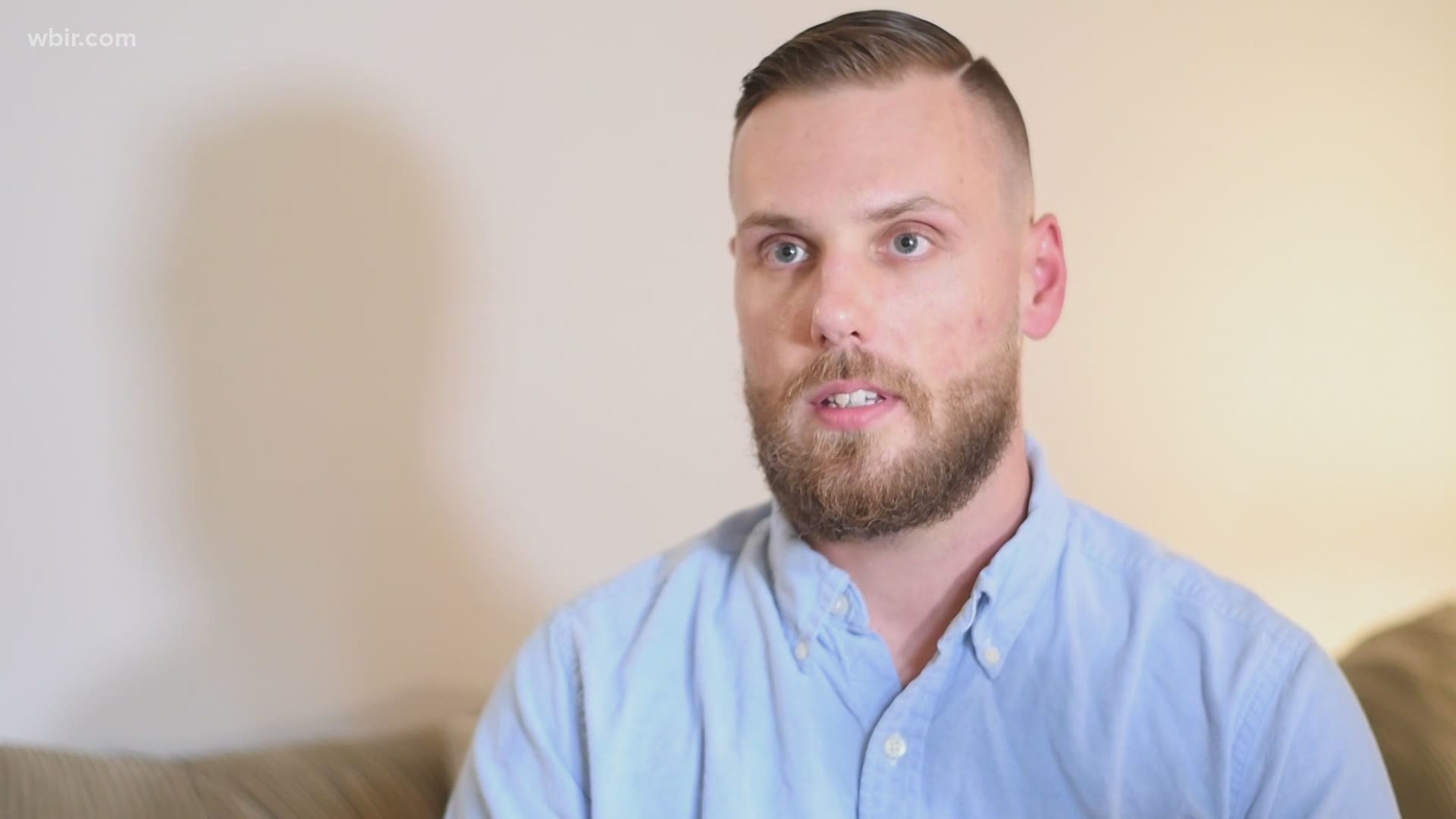 KNOXVILLE, Tenn. — Seven years ago, Griffin Bond said his goal was to get a government check, a Playstation 3 and a new prescription.

"Those were my biggest hopes and dreams," Bond said. "I never would've imagined then that I'm going to school, working in treatment to help other people."

Griffin Bond is six years sober — a homeowner, stepfather and a husband.

All things he never thought would be possible.

"I started using when I was 12 years old," he said. "It progressed from cigarettes to cannabis to prescription medication, and over the years of becoming a habit or socially, to becoming dependent."

Credit: WBIR
Griffin Bond went to a rehab facility in Florida to get help managing his addiction.

"I was about to be 24 and I just realized, it was nothing," Bond said. "I was like, I'm going to be dead. And I just knew there had to be something different than this."

He went to a treatment center in Florida and support from his family. He went came back to a place to live, stable employment and a purpose.,

But he still wasn't happy.

"I got to a point where I was actually clean and miserable," Bond said. "I realized I tried everything out there except really working a program."

He soon met other people that had struggled with addiction and began to build a recovery community.

Eventually, he found his wife in a recovery program too.

Griffin Bond is in school to be a psychiatric nurse practitioner, so he can continue helping others seek treatment and sobriety.

"You never have to use again. There is hope. There is freedom," Bond said. "There are people waiting on you to get clean. You are so needed."

That message of hope is one he wants others still struggling to hear.

"Getting clean brought me everything and then some that I thought I was looking for when I was using," Bond said. "The self-esteem. The family. The love. The joy. The integrity. The dignity."