It's the first sighting in the park, and the one of the first for the species that was only discovered in 2018 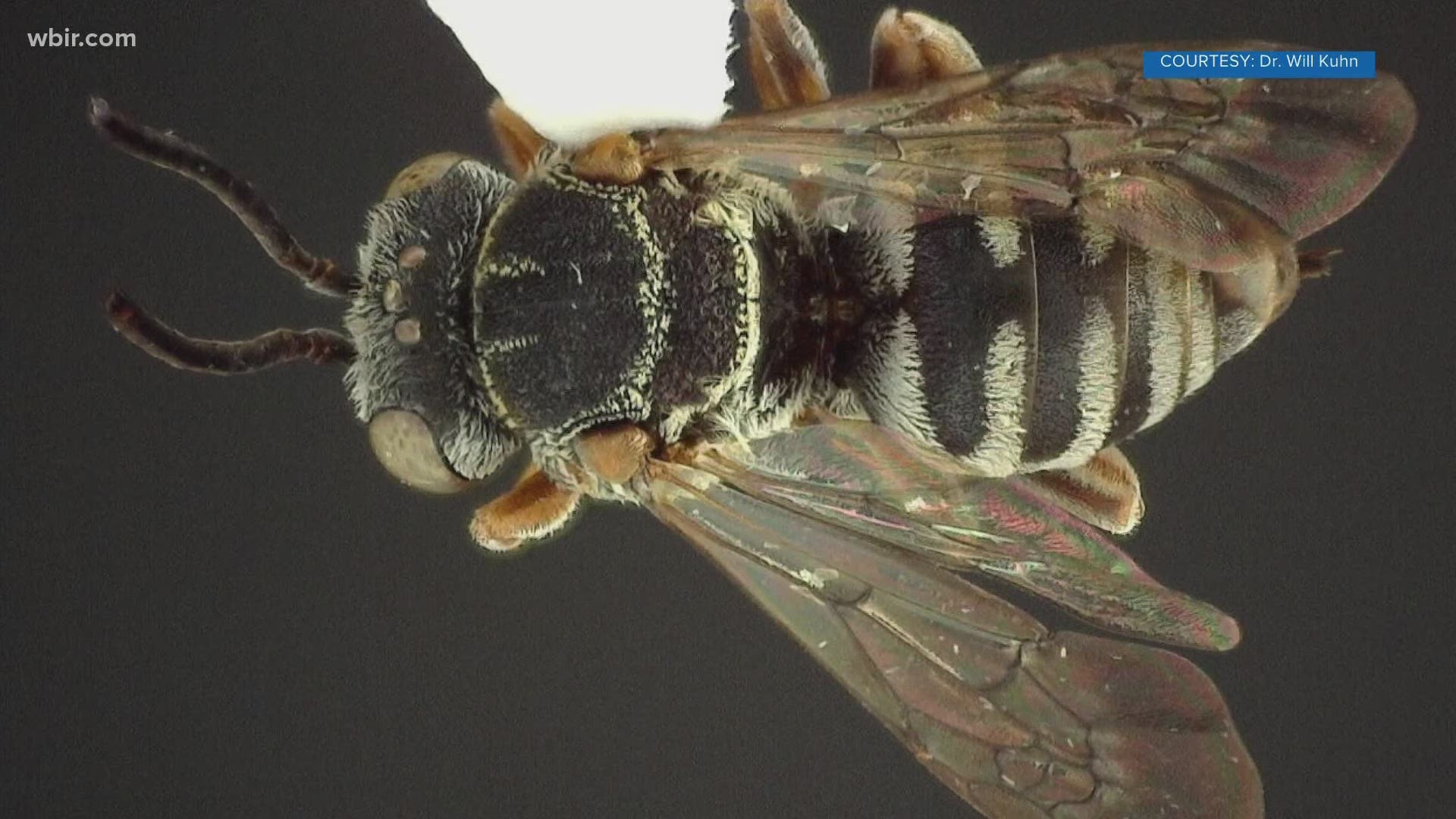 GATLINBURG, Tenn. — It sure doesn't have a catchy name, but the Epeolus inornatus is a big catch for Dr. Will Kuhn; the Director of Science and Research at Discover Life in America.

"It's always really fun to find a new record and to take up our numbers of new records and new species for the park," Kuhn said.

During the summer of 2019, Kuhn and other scientists were studying areas of the Great Smoky Mountains National Park that were badly burned in the 2016 wildfires. A year later, he was still identifying some of the specimens when he came across a bee he couldn't categorize.

"I posted them [pictures] to iNaturalist, which is this citizen science platform. And, lo and behold, an expert saw my photos and identified the species, and we realized that it's a new species for the park," Kuhn said.

Kuhn said it's a fairly new species of bee in general and was only documented for the first time in 2018.

"We think that he was already here already, maybe even in the park. We just hadn't detected it yet," Kuhn said.

In two decades of record-keeping, researchers have identified more than 21,000 species in the park. Nearly half of those were first time sightings in the area, so discovering a new species isn't uncommon.

Kuhn said the 'Snap It, Map It' program helps scientists like himself continue to discover new species. Park visitors simply download the app and take a picture whenever they come across something unusual.

"They're [undiscovered species] still here though, going about their lives, doing all the things they do. We just don't know about them. And, that's why this project is so important," Kuhn said.

Kuhn said the Epeolus inornatus have mostly been spotted in the Eastern portion of the United States. It marks the third 'cellophane-cuckoo' bee species to be identified in the GSMNP.