The Tennessee Bureau of Investigation is on track to hit a record 34,000 drug cases sent to its state crime labs this year. 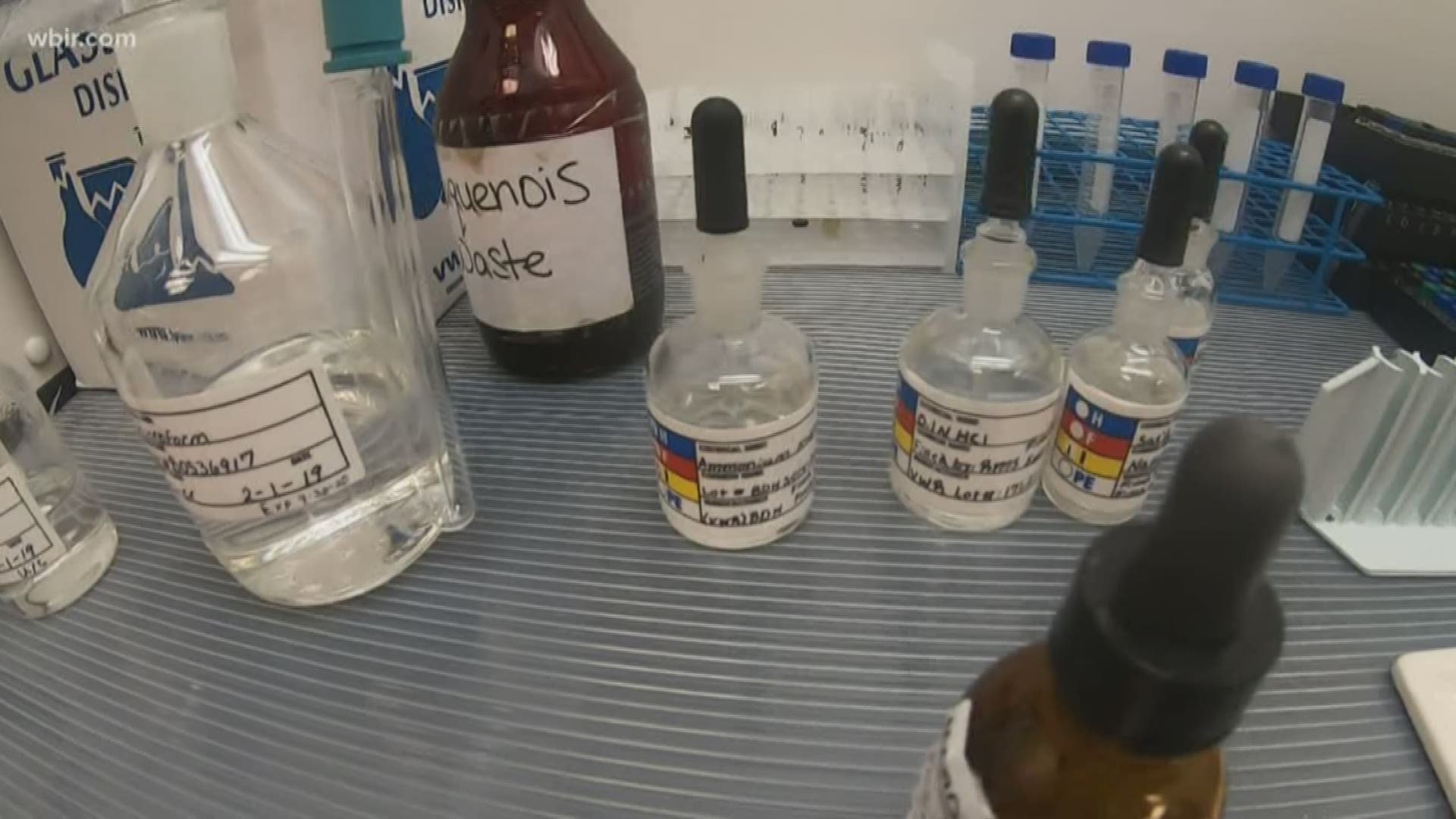 KNOXVILLE, Tenn. — Drug offenses are at an all time high in Tennessee.

That's according to the Tennessee Bureau of Investigation which said it's struggling to keep up.

TBI Crime labs across the state are on track to receive nearly 34,000 drug cases this year.

In 2019, marijuana and meth have been the most common.

"Meth is our number two drug this year. I'm expecting at the rate we're going that meth may be our number one drug next year," said Mike Lyttle, Assistant Director of the Forensic Services Division of the TBI.

Heroin and fentanyl are the most deadly drugs in Tennessee, with fentanyl often found laced in with some drugs.

"That number has exploded," said Lyttle. "We're on path this year to receive almost 34,000 drug cases. That's a 50 percent increase without subsequent increases in resources or staff."

That increase is putting a lot of pressure on the TBI to process more complicated cases faster and with fewer people.

"Our turnaround times for drug cases in general, we're averaging about 30 weeks out of the Knoxville lab," said Lyttle.

When new drugs come into play, like vaping THC and testing if a plant is hemp or marijuana, the resources don't increase.

"Law enforcement does not receive new resources to combat that particular drug. What you're doing is you're just robbing from Peter to pay Paul. You're just taking away from one and you're redirecting or refocusing your resources to go combat the problems of today," said Tommy Farmer, TBI Special Agent in Charge over the Tennessee Dangerous Drug Task Force.

RELATED: TBI Crime in Tennessee: Murder and serious crime down, meth crimes up in 2018

The state has funded additional agents to the TBI, but staff said they could use a lot more to stay on top of drug cases.

"We could absolutely quadruple the number of drug agents that we have out there, and I don't know that it would be enough," said Farmer.

The TBI said laws passed by the state to crack down on opioid pills have been helpful, but beating addiction is the key to cutting down on drug cases.