The senior linebacker had eight tackles and sack in Halls' upset win over Central. 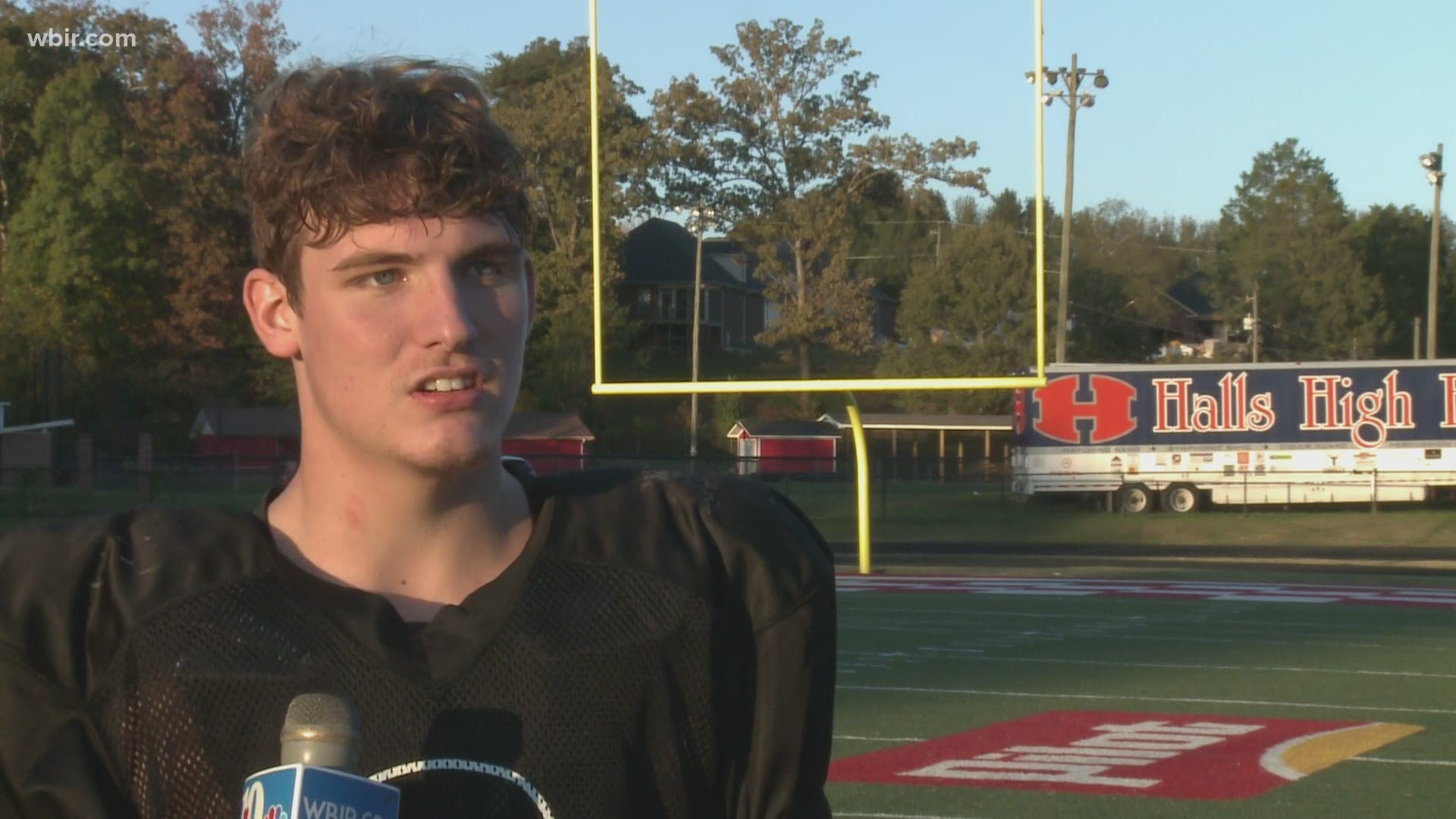 KNOXVILLE, Tenn. — Halls senior linebacker Hayden Woods is our defensive player of the week. He was a big part in slowing down the Central Bobcats offense in the Red Devils' upset win on Oct. 15. Woods had eight tackles and a sack in the 20-16 victory.

"It feels good," Woods said about winning this week's award. "My whole high school career, I saw all these players around me getting player of the week, like Jake Parris from last year.

The senior received over 46 percent of the votes in our poll, winning by nearly 500 votes.

As for his team, the Red Devils have had a roller coaster season. They were 3-0, after beating Clinton on Sept. 4. Halls did not play another game until Oct. 9, due to game cancellations. The team lost its first game back to South-Doyle. Six days later, they took down the two-time defending state champions.

Halls is 5-3 and hosts Sevier County on Friday night.