For the past 100 years, Neyland has been home sweet home to the University of Tennessee Vols steeped in traditions, rivalries and legends. 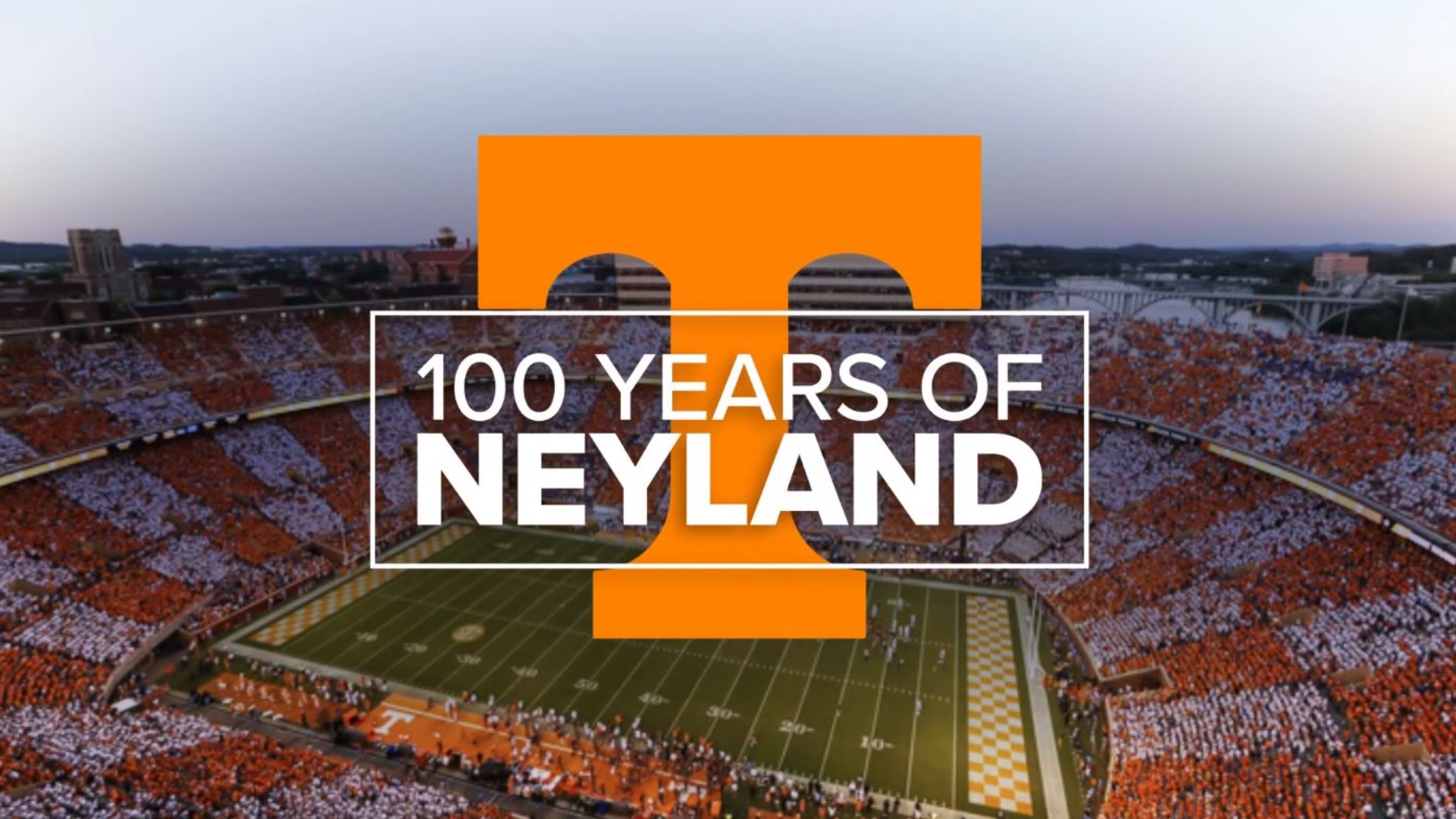 KNOXVILLE, Tenn. — In 1921, an icon of college football had its humble beginnings along the banks of the Tennessee River when the University of Tennessee Volunteers took to Neyland Stadium for the first time.

For the past 100 years, this Knoxville staple has become a celebrated stadium steeped in traditions, rivalries and legends.

Originally known as Shields-Watkins Field, the stadium was just 17 rows of bleachers, the original West Stands, that could hold 3,200 fans.

A year later, in 1922, the Vols would sport their orange jerseys for the first time.

In 1926, General Robert Neyland, the stadium's namesake, became head coach. During his 36-year reign as head coach and then Athletics Director, the stadium's capacity grew from 3,200 seats to more than 51,000.

A year later, in 1939, the fierce rivalry between Tennessee and Alabama was officially nicknamed “The Third Saturday in October."

In 1953, Smokey, the Vols beloved blue tick coonhound, would make his first appearance after winning a mascot competition.

Nearly a decade later, in 1962, another game-day tradition would start after broadcaster George Mooney tied his boat on the shore of the Tennessee River next to Neyland to avoid the game-day traffic, according to the Neyland 100 website. Others followed his lead creating the Vol Navy.

In 1964, a trifecta of Vols traditions, running through the T, checkerboard end zones and the Power T on the helmets, were established by Coach Doug Dickey.

In 1968, Tennessee became the first SEC school to use turf, according to Neyland 100.

Then, in 1972, the Pride of the Southland performed Rocky Top for the first time, creating a good old anthem for thousands of Vols fans, whether they "WOO" or not.

Coach Phillip Fulmer led the Vols to an undefeated season and claimed the first-ever BCS National Championship in 1998.

This time would also give rise to VFL legends like hall of famers Al Wilson and Peyton Manning.

In 2004, Neyland Stadium would set an NCAA attendance record as 109,061 fans packed in to watch the Vols beat Florida 30-28 with a 50-yard field goal from James Wilhoit field goal with six seconds left in the game.

The traditions continue to form even after a century. In 2016, fans would checker Neyland Stadium for the first time.

Now, the Rock of Rocky Top is home sweet home to 102,455 fans decked out in orange and white and ranked among the loudest and most intimidating venues in the SEC. 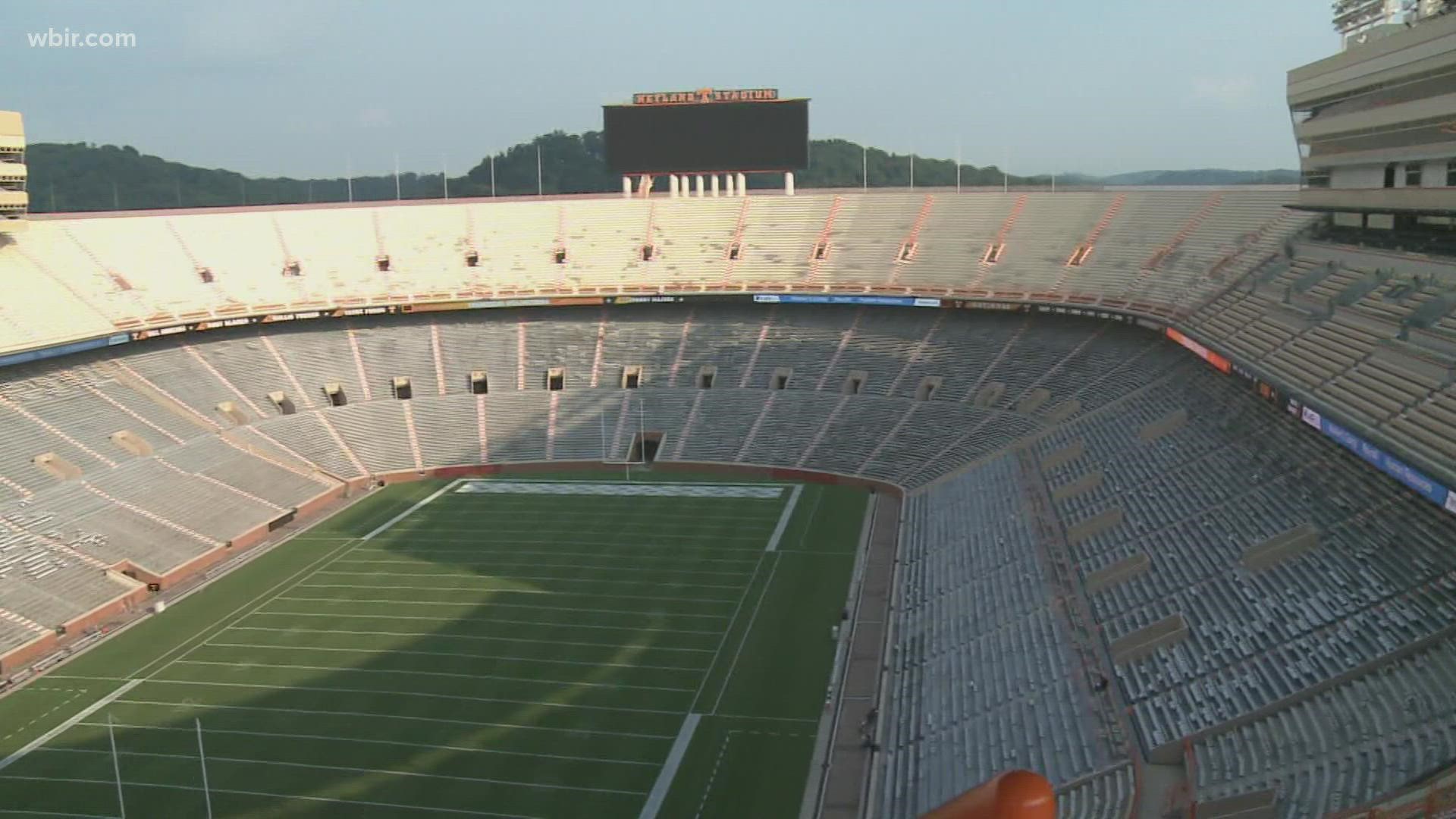 The history of Neyland Stadium 100 years in the making