Commander Fahd Wali said he was frustrated by a lack of action. He founded the POP Tenn Squadron to change that. 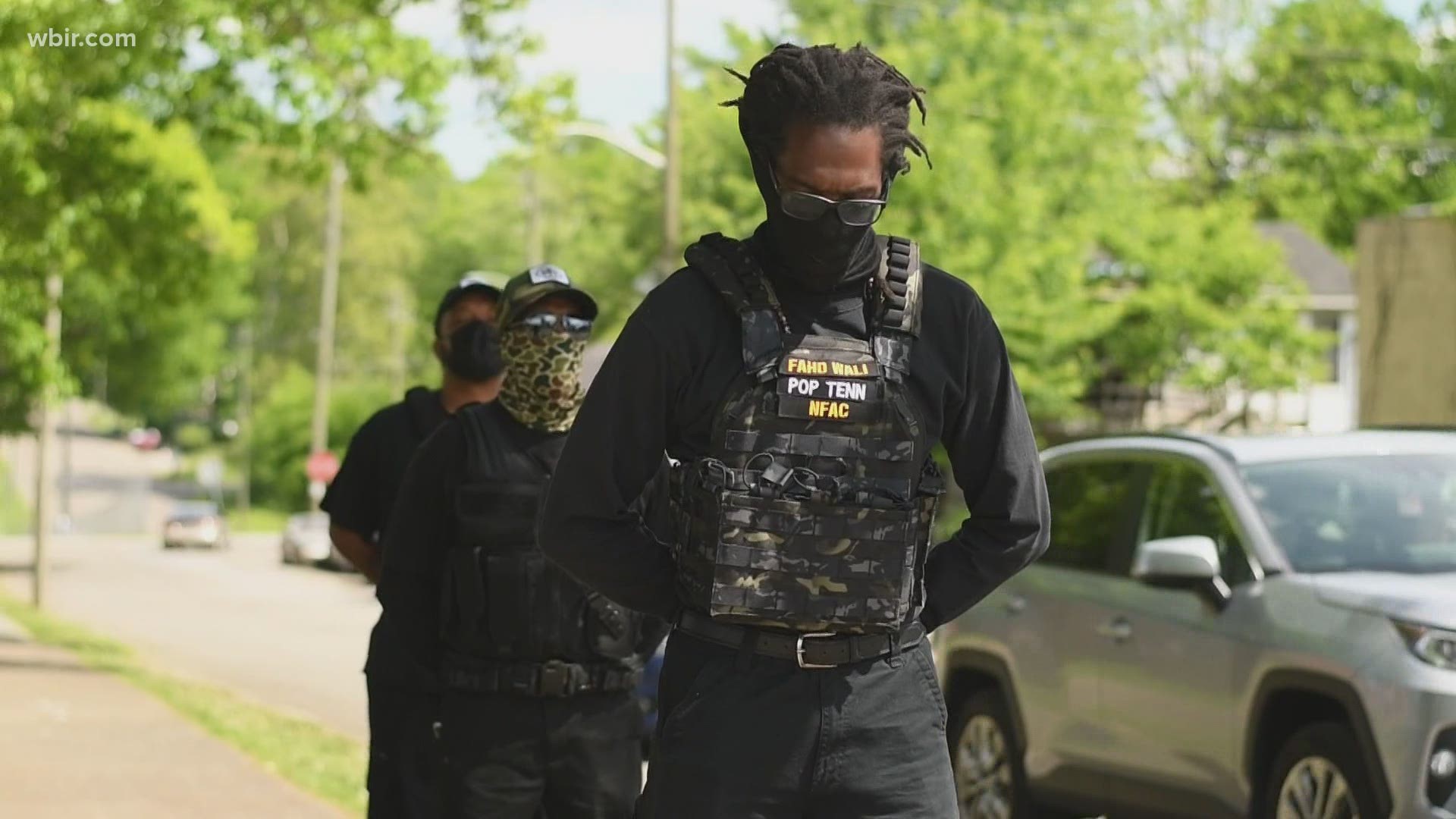 KNOXVILLE, Tenn. — The East Knoxville community is no stranger to gun violence. In three months, five teenagers with ties to Austin-East Magnet High School were shot and killed.

"When one child is hurt, we all feel it," Commander Fahd Wali told 10News. "We've been feeling the pain for a long time."

After the deaths of Janaria Muhammad and Stanley Freeman Jr., community leaders rallied for change in Paul Hogue Park.

There were conversations about what actions could make a difference. But Fahd Wali didn't see things changing quickly enough.

That's why he founded Protect Our People Tennessee (POP Tenn), a group of fathers and community members dedicated to taking action.

"Instead of just sitting on the porch talking and waiting for something to happen, we're going to step out here first," JTenn said. "We have to show the kids there's somebody out here that does care about them and love them."

On most school days, POP Tenn shows up in uniform — black boots and camouflage vests — just before school lets out. They watch as the buses leave and wait until all the students leave.

"If you just stand out and let the kids know that we're watching over [them], maybe it might slow some of the violence down," JTenn said. "Somebody has to step out, step forward... If we don't stop this, then we don't have a future with the kids."

Showing up regularly for the kids is a simple act, but one they hope will make a difference.

"We are here for them — anything they need, anything they're trying to do," said Dead Eye Sight. "I want to see those numbers fall and kids get to loving each other and know that life is not a game. We need to protect life and understand what life is really about."

Fahd Wali said their goal is to set an example for others in the community to step up and take action. Over the summer, they will also sponsor hunting, fishing an camping trips to build relationships with at-risk youth.

They also plan to sponsor the Inner City Youth Summer Paintball League, which they hope will help teach young people about gun safety as well as firearm laws. They also said the league could help young people confront their fears, role play and possibly learn what to do in the face of danger.

Anyone wants to donate to support the league can do so on their GoFundMe page.

"Everybody should want to be a hero to their kid or to another child or to the world and it requires you to put boots on the ground, so that's what we're doing," Fahd Wali said. "We want to get back to the days where there was always somebody in your community that the kids respected."