Police said that Jack Bolden, 30, of Knoxville, chased a woman as she was driving away before crashing into an SUV. 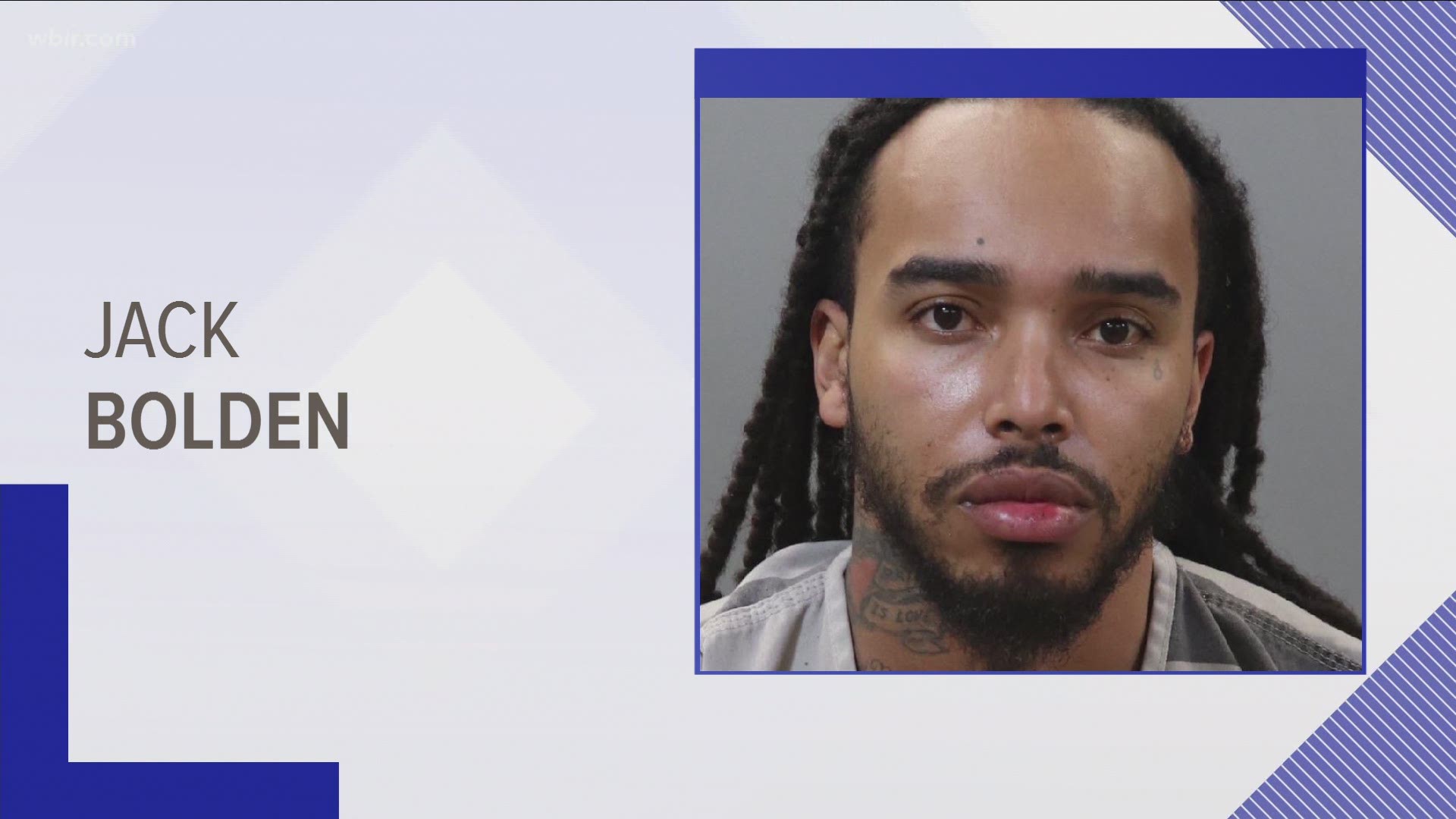 KNOXVILLE, Tenn. — A Knoxville man was arrested and charged Wednesday after police said he tried to break into a woman's home and then chased her as she drove away before he hit an SUV in West Knoxville.

The incident started at around 12:30 p.m. when the Knoxville Police Department received a call about a disturbance in the 2700 block of Jersey Avenue. A woman said that a man she had recently met was trying to break in.

She left through the back of her home and got into her car to drive away before police arrived, according to a release. Bolden got into his car and chased her, eventually hitting her passenger side and pointing a gun at her, according to police.

He continued to chase her to Sutherland Avenue, near Victory Street. Officers were nearby on another call, according to officials, and tried to stop him as he passed by. He ended up hitting an SUV near the entrance to John Tarleton Park before trying to run away on foot. The driver was not injured.

Police said they found a loaded handgun in his car and after conducting a records check, they found that he had a previous felony conviction.