Knox County Commission is expected to consider the request in July. 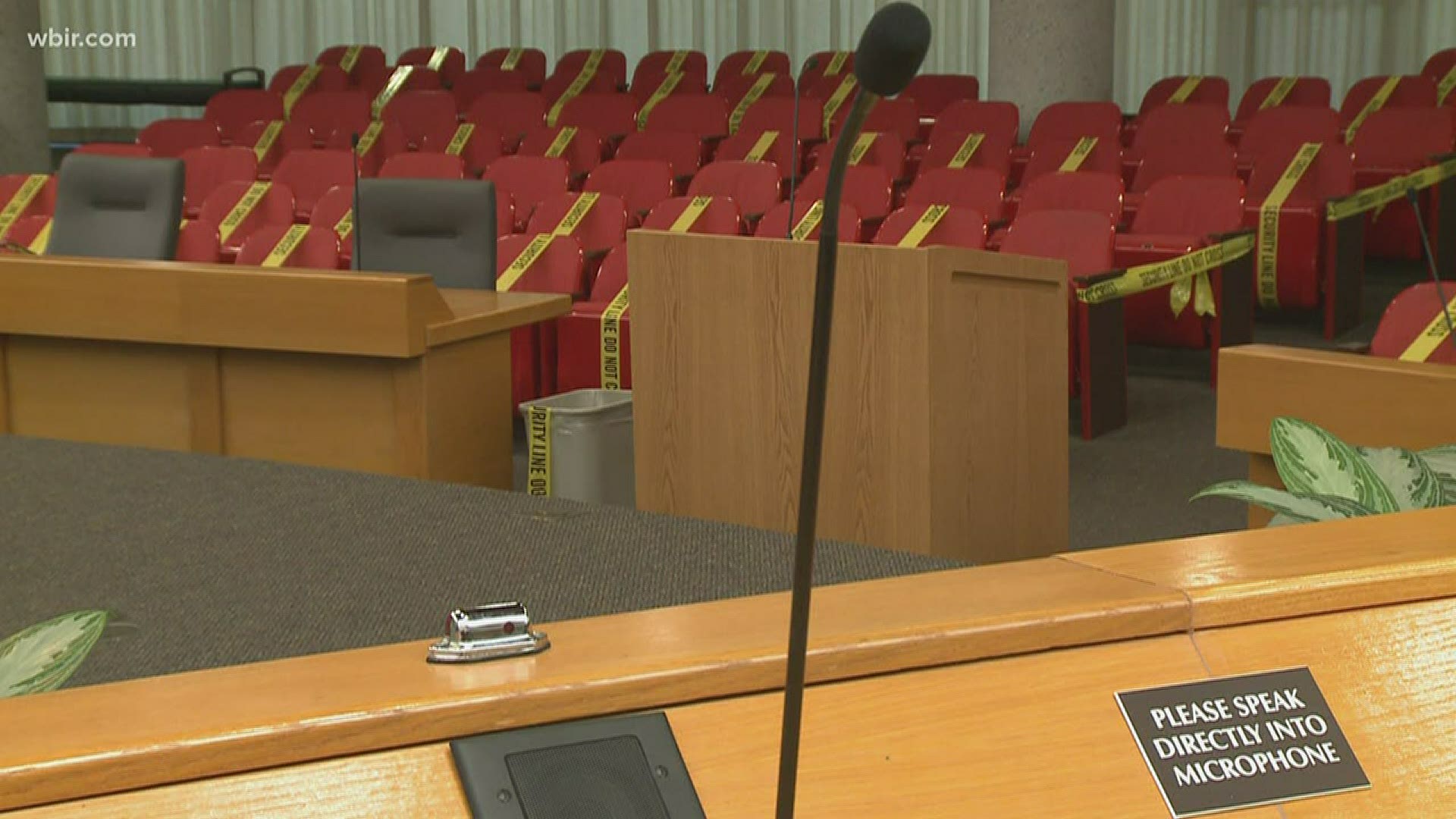 KNOXVILLE, Tennessee — Knox County court clerk Charlie Susano is asking the county for a $1.5 million loan that he can tap to help cover staff payroll if revenue dips in the future.

Susano's office typically relies on collections from legal filings in the General Sessions Civil Division, also referred to as small claims court, to help its cover operations. Susano said he has 15 employees in that office.

The onset, however, of COVID-19 in March disrupted the legal system, largely halting efforts by companies and individuals to collect on consumer debt and to pursue civil legal actions.

In some instances, businesses and individuals stopped trying to sue and reverted to trying to negotiate unpaid bills outside the legal system. Court-mandated halts in evictions, a response to economic hard times, also impacted operations, Susano said.

The clerk said there's been a 60 to 70 percent drop-off in case filings in recent months.

As a result, not as much money is coming into the civil sessions court system. Still, Susano has to run an office. His operations have largely been untouched by a recent county-imposed furlough.

"When something like this comes up, it’s tough," he said. "It cripples you for the time being. We fully believe case filings will go back to where they were."

Susano also oversees Circuit Court and Juvenile Court clerical duties. Those operations are not affected by his request for help.

Knox County Commission is expected to consider his request in July, according to an announcement Tuesday from Knox County Mayor Glenn Jacobs' office.

If approved, it'll be the second unplanned hit to county reserves this month.

Jacobs cautioned in a statement Tuesday that the county faces uncertain finances amid the pandemic. The mayor said while he feared something like Susano's plight could arise, Knox County doesn't have endless funds to spend.

"In early June, I proposed what I felt was a fiscally responsible budget that carefully protected not only our services but also our rapidly depleting financial resources due to the COVID-19 pandemic," he said in the statement Tuesday. "Along with my finance director, I explained several times to the Knox County Commission that we are in unchartered territory and that revenues and shortfalls will be hard to predict in the coming months and quite possibly for the rest of the year.

He continued: "This situation—an unexpected expense due to the pandemic --is exactly what we cautioned against during last week’s budget hearings. My overall concern is that this may be the first of many disruptions to Knox County’s financial standing.”

When someone files a civil claim, the office keeps a fraction of the filing fee, Susano said. That money goes for operations.

Susano's office also pays out just over $2 million every year in litigation taxes to help fund Knox County Schools and the Sheriff’s Office, among other offices.

"We have a constitutional obligation to service the courts and we need to be able to do that," he said.

The loan would go to help offset future monthly shortfalls. Susano said he expects to be able to return the money once filings return "to their pre-pandemic levels..."

He said layoffs in small claims court are not an option.

"All of our people are essential," he said. "They have special tasks that they perform every day, whether it's bookkeeping or garnishments or processing or in the courtroom. That's the reason we could not furlough people. We can't furlough people when the Supreme Court says, Go back to work."

He said his Circuit Court operations are "holding steady." Juvenile Court functions, also part of his job, are covered by the county.

Economists warn it could be years before the state fully recovers from the current crisis. Multiple businesses and governments have suffered from the sudden jolt of having to curtail operations to help stop the spread of the highly contagious virus.

While criminal and civil courts have continued to operate, trials stopped in March and thousands of cases have been reset in recent months.