Researchers study impact of My People Fund on wildfire survivors

The researchers found that the cash donations were by far the most helpful for victims, when compared to donations of food, clothing, or other goods. 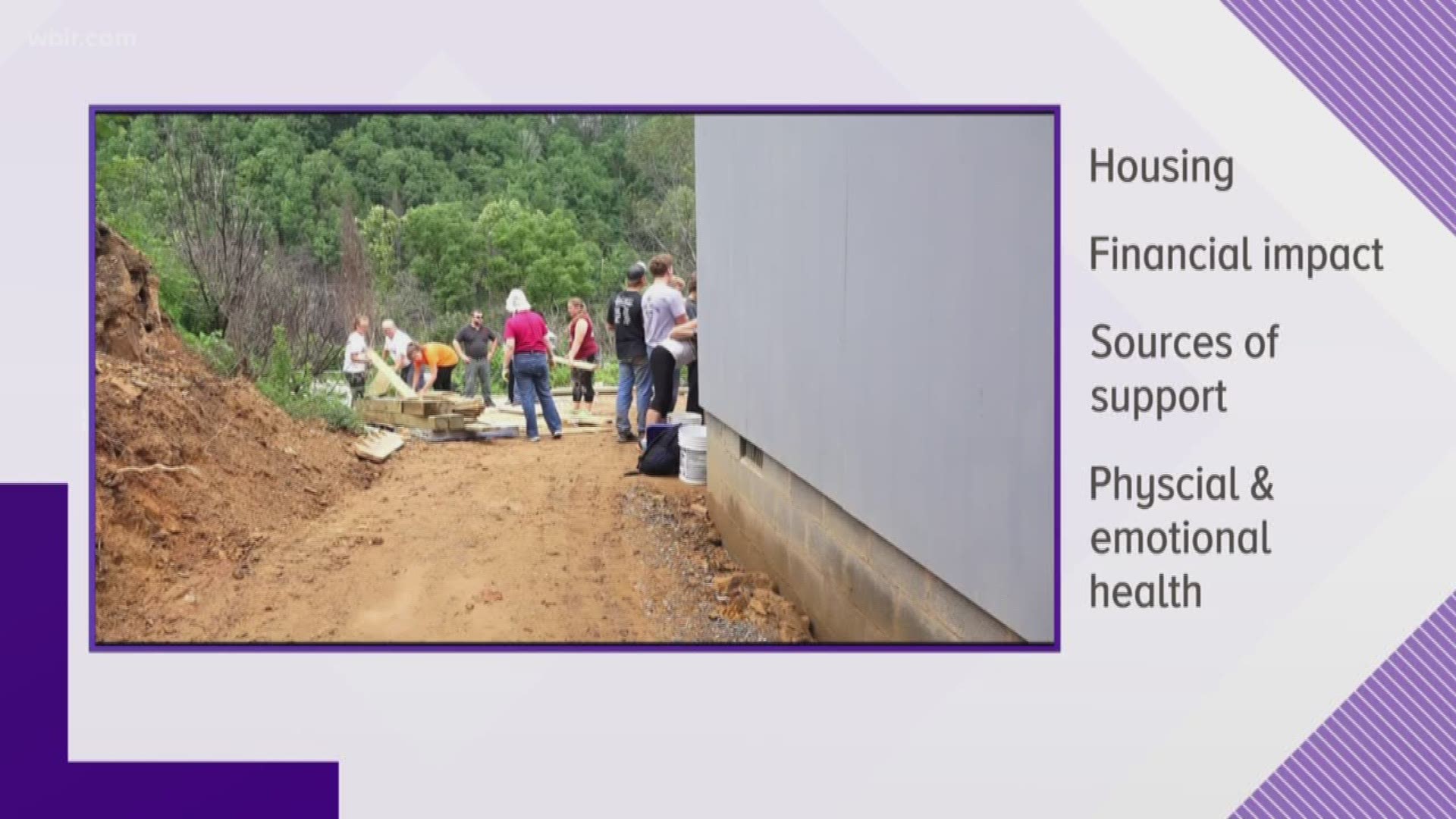 For thousands of people. the night of November 28, 2016, changed their lives forever.

That night, fires swept from the Smoky Mountains and into Gatlinburg and parts of Pigeon Forge, killing 14 people and destroying 1,300 homes.

In the days after the fire, Dolly Parton and the Dollywood Foundation established the My People Fund to help wildfire victims, promising a $1000 a month for six months to families who lost their homes. In the final month, she gave each family a $5000 check.

The University of Tennessee College of Social Work set out to determine the overall impact of the My People Fund on its recipients, polling 100 recipients in April 2017 and again in December 2017. They released their final findings this week.

MORE: Stories of survival & strength after the wildfires

The researchers found that the cash donations were by far the most helpful for victims, when compared to donations of food, clothing, or other goods.

Nearly 61 percent of the wildfire survivors responding to the survey said they received help from family, friends, and community entities and that cash was the most helpful form of support to aid in their recovery.

“Our traditional responses to disaster, such as providing item donations, are important, but those efforts should be delivered along with cash benefits. Providing survivors with cash allows families the ability to make their own decisions about what recovery looks like,” she said in a release.

The research shows that wildfire victims not only found themselves dealing with financial difficulty, but also with health issues.

Over a quarter of the respondents said they developed breathing or pulmonary problems after the fires.

Those people reporting feelings of sadness and depression tripled in the year and a half since the wildfires, and those saying they'd lost pleasure in things more than doubled.

17 percent of survivors said they had received counseling for depression following the fires, and 21 percent sought help for anxiety.

“From these figures, it is clear that the wildfires not only wreaked havoc on property and finances but also in the emotional lives of survivors,” West said

You can read the entire report here.