A new study out this week shows 11% of Americans said politics affected their physical health. 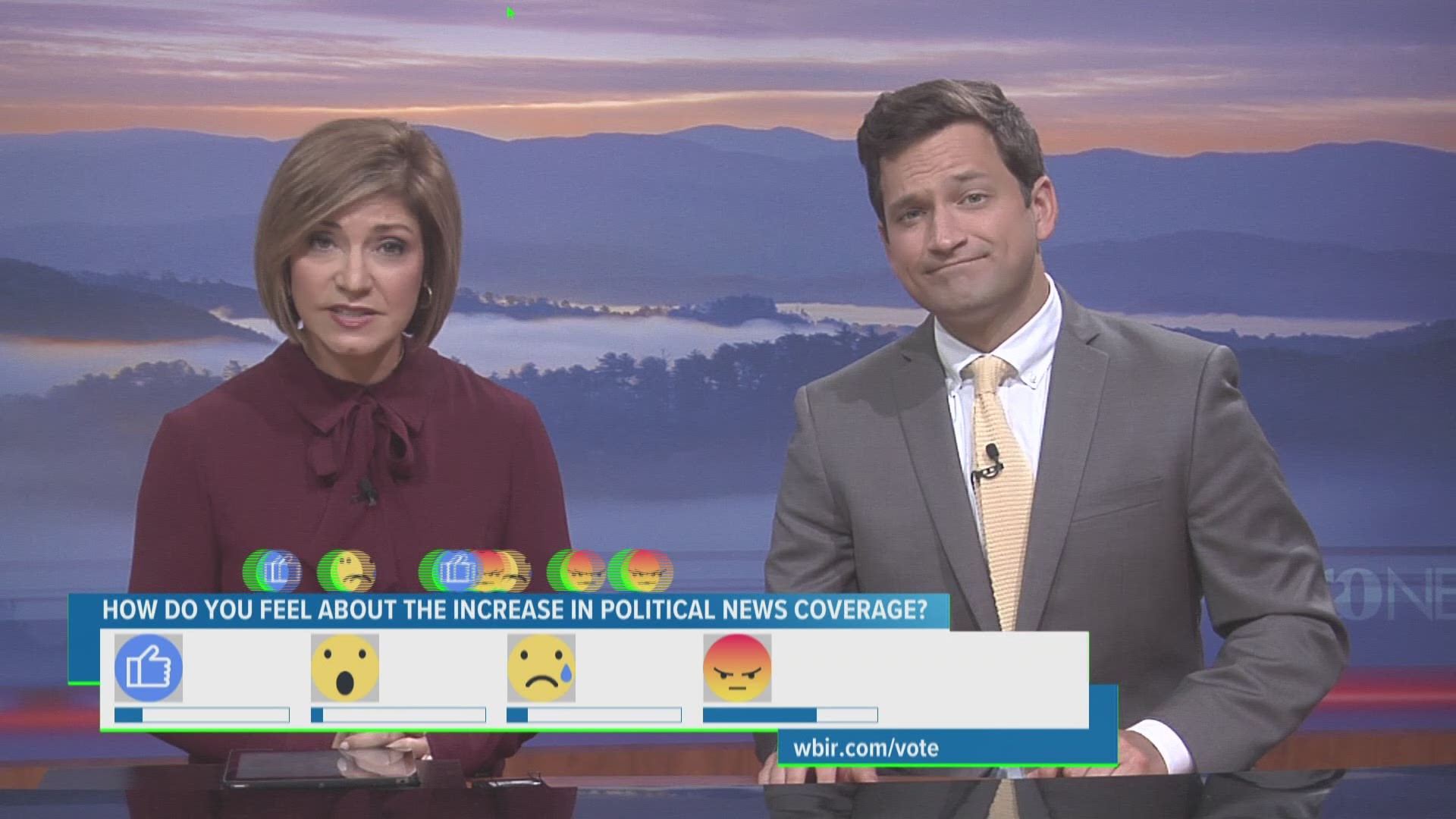 A new study published in the Plos One journal Wednesday suggests that may not be a good thing.

"Large numbers of American adults see politics as exacting a significant set of costs on their social, emotional, psychological and even physical health," wrote Kevin Smith, the lead study author at the University of Nebraska Lincoln.

That's because many people take politics personally, according to sociologist Dr. Tricia Bruce.

RELATED: Merriam-Webster says a lot of people are looking up the definition of 'impeach'

"It's something that we think about, it's in our lives, it affects our lives," she said. "When you see this news and you're concerned about what's around you, then it has a personal impact on you."

Assistant Professor of Political Science at the University of Tennessee Christopher Ojeda said politics is contentious by definition.

"Politics is always going to cause some amount of stress because it is inherently about disagreement," he said. "It's about some people winning and some people losing."

The study surveyed 800 Americans in 2017 about how they felt politics impacts their emotional and physical well-being.

RELATED: Anxious and wary, voters buckle up for impeachment ride

40% of the respondents said politics is stressing them out. One in five reported losing sleep. About 11% said their physical health was affected and 20% said friendships had been damaged.

Dr. Bruce recommended people try to find balance in how much they let politics dictate their lives.

"All of us have to find this balance between investing in these issues and caring about them and consuming them," she said. "Maybe we don't have an impact on national politics in every way, but we do have a vote. We do have a way to get involved locally."

Ojeda also said it is important to know your limits.

He also said it is important to be note this is one of the first studies looking at how politics affects our health, meaning more research is needed before we understand how big of an impact politics truly has.

Still, things tend to change — for better or worse — with time.