Knox County Rescue and Rural Metro Fire were working to pull three people out of the wreckage after a crash in North Knoxville Thursday night. 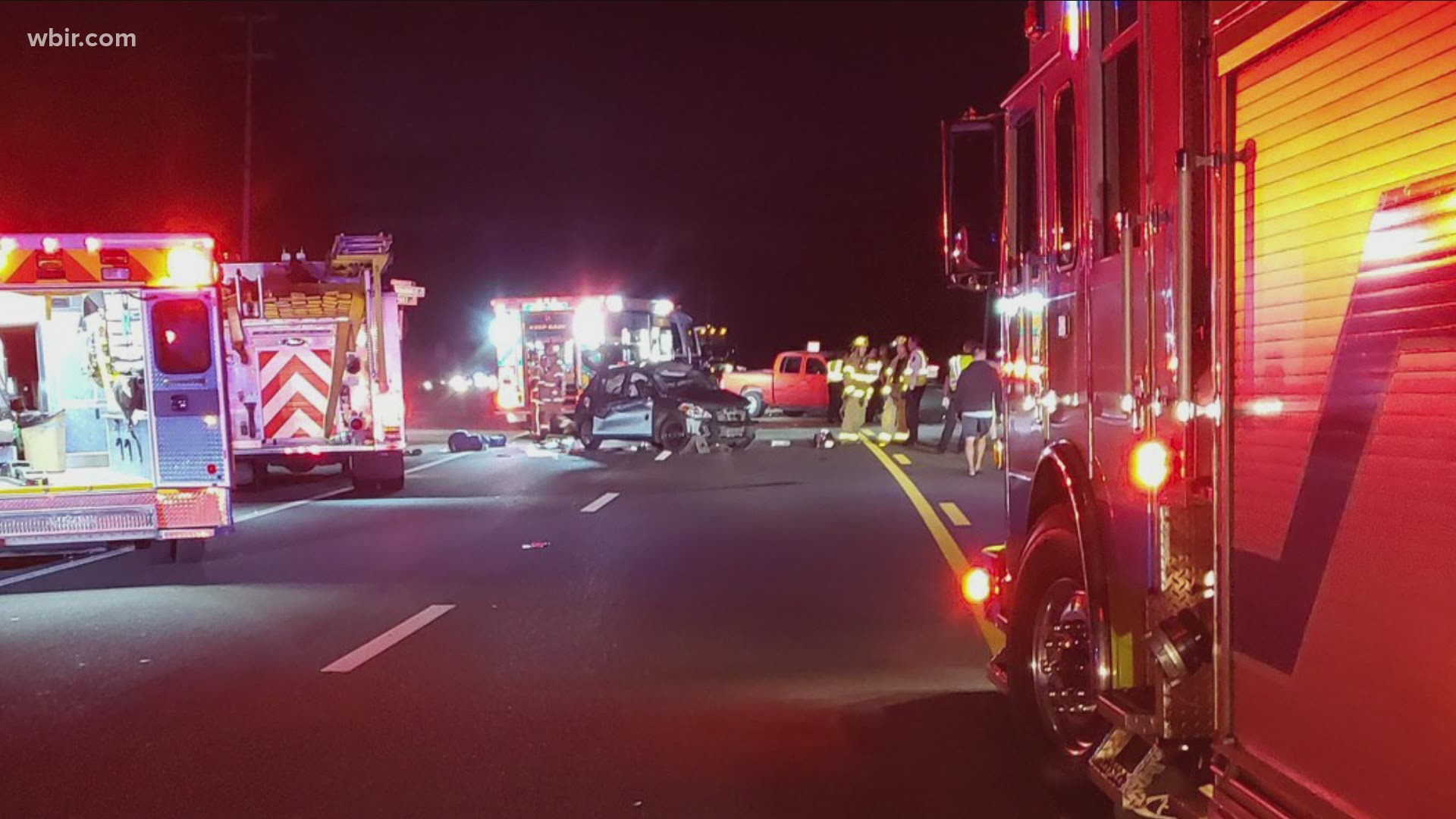 KNOXVILLE, Tenn. — UPDATE (June 11): The Tennessee Highway Patrol said three people were injured in a severe crash in North Knox County Thursday night. They said a 1-year-old child was involved in the crash but was not injured.

Two people were passengers in Terry's car, a 25-year-old woman and a 1-year-old child. THP identified the woman as Hollie Gideon and the driver of the Dodge as William Clifton, 62 years old.

The Dodge hit the Nissan in the driver's side door, according to officials, causing it to roll over two times before stopping on all tires.

They said all three adults were injured in the crash but did not describe the severity of the injuries. The child was not injured, according to a report from THP.

Crews responded to reports of a multi-vehicle crash in North Knox County Thursday night. They said two adults and one child was taken to the hospital after the crash.

The crash was at the intersection of Maynardville Pike and Majors Road. Officials said a car crashed into the side of another car on the driver's side, which caused it to roll over and land back on its wheels.

They said there was significant damage to all sides of the car and three people were in it — two adults and one child in a car seat in the back.

All three people were taken to the University of Tennessee Medical Center.

Knox County Rescue and Rural Metro Fire crews responded to the crash, according to officials.

Information about the conditions of the victims or the cause of the crash was not immediately available. This story will be updated when more information is available.

The Tennessee Highway Patrol is investigating the incident.

Knox County Rescue & Rural Metro Fire are on the scene of a multi-vehicle MVC at the intersection of Maynardville Hwy. & Majors Rd. with 3 patients pinned. Units on the scene have begun extrication.