Beer is now a billion dollar industry in East Tennessee 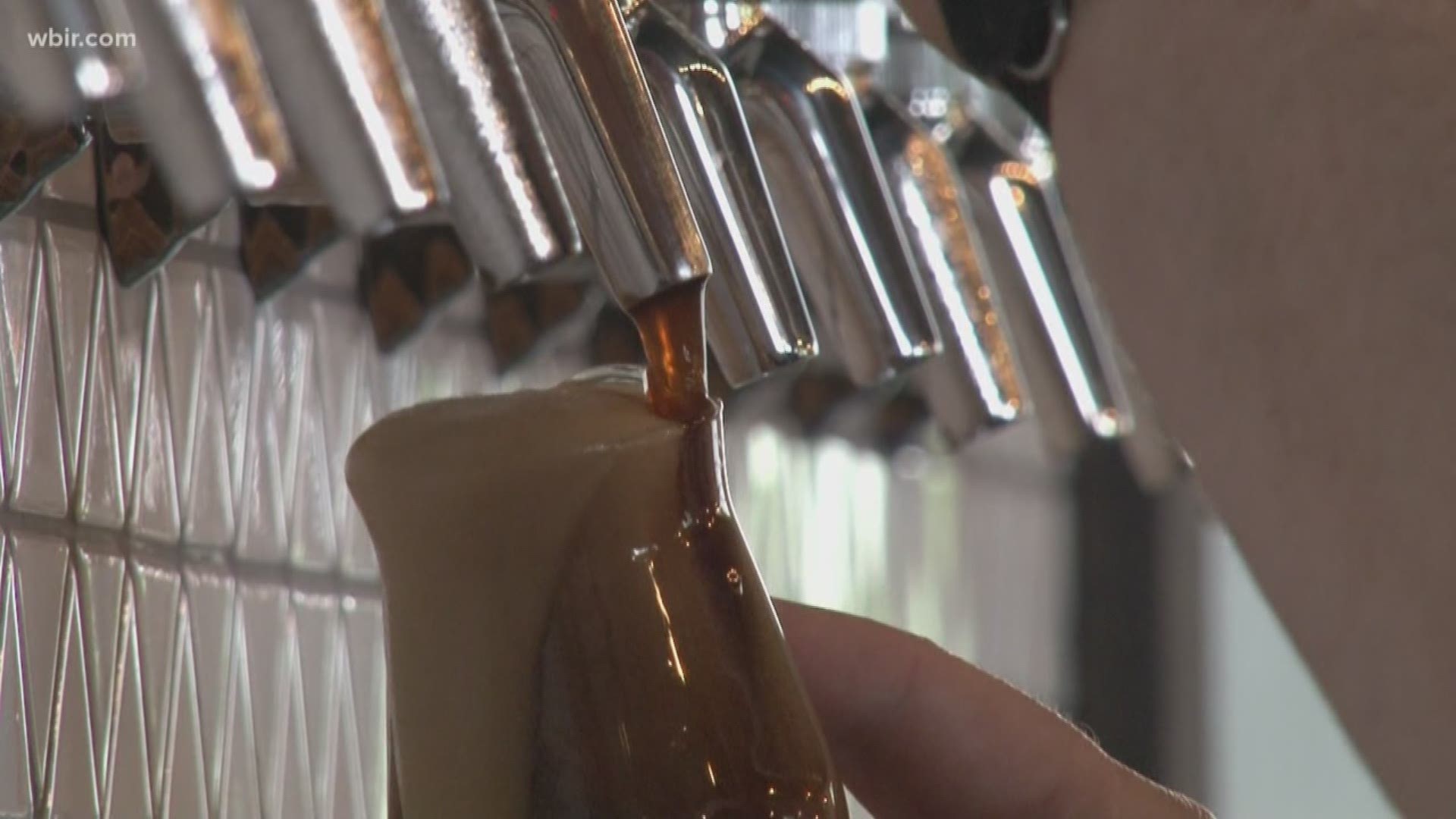 KNOXVILLE, Tenn. — Local craft beer is more than just a fad in Tennessee. It's a booming business.

Now, it's a multi-billion dollar industry across the state.

When you go to one of Knoxville's breweries and buy a $4 beer, you're playing a part in that industry by generating tax revenue, worker wages, and growing the beer business.

In East Tennessee, that has a pretty big pull.

But that handful of breweries, their suppliers and customers are adding to the $4.2 billion beer industry in Tennessee.

This comes from the newly released report from Beer Serves America, which looked at the economic impact of the beer industry in the U.S. in 2018.

Beer's impact of $4.2 billion in Tennessee sounds like a lot of money,and it is, but nationwide the report said the beer industry contributed $328 billion to the U.S. economy last year.

Here in East Tennessee, the beer industry made jobs for 9,418 people last year.

That's everyone from brewers and bar tenders to farmers and construction workers.

"Working with malt suppliers, hop suppliers that are local, regional, they give back directly to this kind of regional community," said Riesing.

Printshop is Knoxville's newest brewery, it opened around this time last year. It has about eight direct employees in the brewery, but impacts a lot more.

RELATED: How local farm ingredients are getting into your beer

"We all want to lift up the industry instead of compete and bow out other breweries," said Charles Reese, a bartender at Printshop.