According to UT Medical Center's weekly flu report, in the month of January alone -- 47 people have been diagnosed with Flu A and 16 with Flu B. 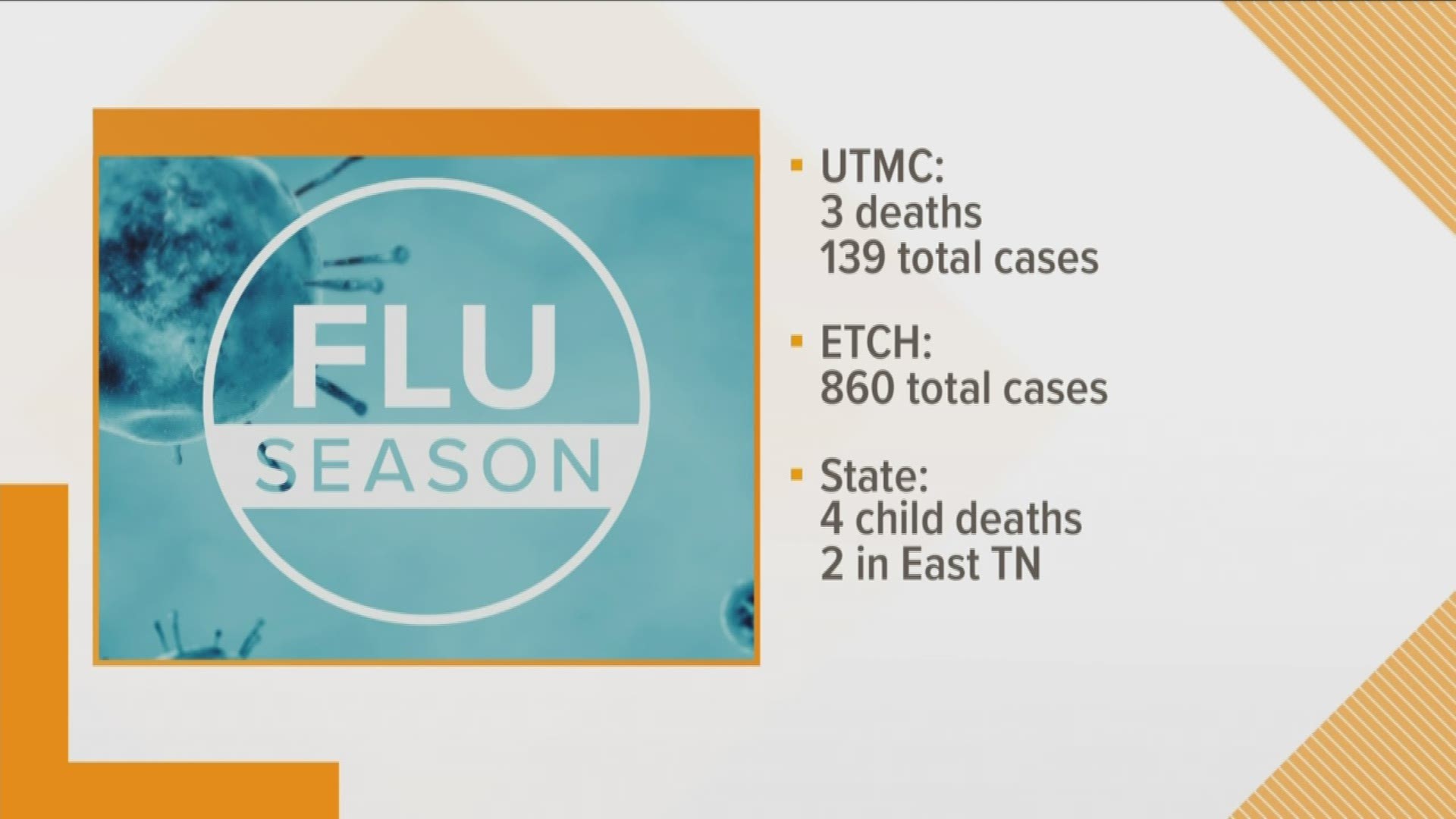 Flu activity has been high in Tennessee for weeks.

According to UT Medical Center's weekly flu report issued on Jan. 22, so far this month -- 47 people have been diagnosed with Flu A and 16 with Flu B.

The CDC said more than 4,800 people have died nationwide, including 32 children. This includes one child in East Tennessee and another in Middle Tennessee.

So far, The Tennessee State Department of Health said  six pediatric patients had died from the flu, four of those deaths were in East Tennessee.

RELATED: State confirms two Tennessee children have died from the flu this season

“This flu season is similar to the flu season we had a couple years ago where there's kind of more patients than average," Rasnake added. "We're not seeing the tremendous numbers that we saw during a really bad year two years ago, but it's definitely been a significant flu season.”

RELATED: VERIFY: How effective is the flu vaccine?

RELATED: Too sick for school? Here's how counties decide whether to close schools for illness

If you're worried this won't be enough to keep you from getting sick, there are more things you can try.

RELATED: Alternatives you can use to try to fight the flu

One option is elderberry syrup. Doctors say elderberries have been used for centuries for colds, flu and skin issues.

It comes in a lot of different products and can be found at most health stores.

In public, you should be aware of items that could harbor the flu virus.

Dr. Rasnake said your cell phone should be cleaned at least once a day to get rid of the germs. He also explained things like pharmacy kiosks, airport touch screens and airport security bins tend to be big bacteria holders.

RELATED: VERIFY: Yes, in terms of illness, this flu season is shaping up to be one of the worst in a decade