Marijuana 101: Where is it legal, what's the difference, and where do TN lawmakers stand?

More and more Tennesseans are taking the topic of marijuana legalization seriously after a majority of states legalized it medically, so we're taking a serious look at the topic all week on the 10News Nightbeat.

What is the difference between Marijuana, Cannabis, Hemp, THC and CBD?

Some of you may be saying 'Really?" on this one, but there are some important distinctions to be made here that often get confused -- because while marijuana is cannabis, not all cannabis is marijuana.

Cannabis as a term has colloquially become interlinked as a more 'official' generic name for the drug marijuana, however the word itself is formally used to describe the three main species of flowering plants under the Cannabaceae family: Cannabis sativa, Cannabis indica, and the lesser-known Cannabis ruderalis.

Depending on the strain, it may contain more THC or more CBD, or it may have a balanced ratio of the two. On top of that, the parts of the plant factor in.

Marijuana generally comes from various strains of the female portions of Cannabis plants -- it's namely the flowering bud that contains concentrated amounts of THC and varying levels of CBD to provide a desired high. Despite the popular imagery, the large fanning 'pot leaf' itself isn't widely used to get high, though clusters of undeveloped leaves can contain concentrated amounts of THC.

The drug was reportedly used by 37.6 million users in the past year. On the federal level, marijuana remains a Schedule I drug and is illegal on the same level as heroin, peyote, ecstasy and LSD. According to the DEA's definition, a Schedule I drug is one that has a 'high potential for abuse' and has 'no currently accepted medical use' in the U.S.

Supporters of marijuana legalization and a growing number of medical experts refute the DEA's assessment, saying marijuana and THC have clear and substantiated medical purposes -- from low-risk pain management to treatment for epilepsy and glaucoma. Amid this push for federal legalization, the drug has seen rapid legalization in the past decade on the state level, with 34 states plus Washington D.C. legalizing the drug medically and allowing it to be prescribed for a wide variety of reasons.

Hemp -- the kind that's grown legally in the U.S. for industrial and commercial purposes -- is a strain of Cannabis sativa. While it does contain small amounts of THC as a cannabis plant, its industrial-approved strain contains THC levels less than 0.3 percent concentration as allowed by 2018's federal 'Farm Bill.' That level is not enough to produce a mind-altering high and contains higher concentrations of CBD -- though those CBD levels are purportedly much lower than would be found in other cannabis strains that also have higher THC content.

Hemp is being farmed more and more now as the demand for CBD products grows. It's also used to produce a variety of products from rope, animal feed, clothes, and hemp seed oil (which does not contain either CBD or THC).Tennessee has embraced hemp with open arms as a potential cash crop, and the boom is just beginning after the state issued nearly 3,000 licenses for new hemp farmers this year.

CBD (Cannabidiol) is extracted from any number of strains of Cannabis like THC, but the various forms of CBD you can find sold legally in most stores will more likely be derived from hemp (or be confused with various hemp oils which contain no CBD). In states where medical and recreational marijuana is legal, CBD may also be extracted from non-hemp strains and have higher THC concentrations.

Tennessee allows THC levels of 0.9% and below in CBD products, though this will still lead to problems at federal TSA checkpoints where CBD is only allowed to have 0.3% THC concentrations.

CBD is more and more being used over-the-counter to holistically treat pain and anxiety, and it's rapidly growing in popularity with CBD now being sold in more chain stores. There's growing medical evidence to CBD's broad therapeutic benefits and it may eventually be recognized as formal treatment for numerous conditions, but as of now CBD's only prescribed use is the FDA-approved brand 'Epidiolex,' which is used to treat two serious types of epilepsy.

Some people also say CBD is effective in helping their pets with certain issues, such as anxiety. 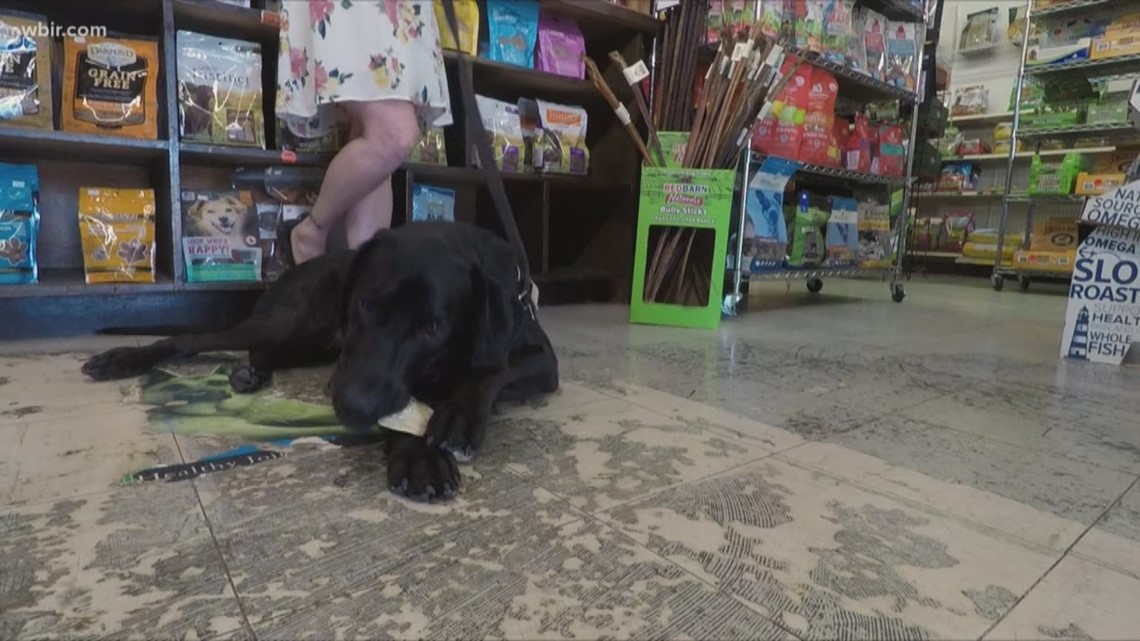 Marijuana 101: What you need to know about CBD oil and your pets
Have a hyper pup or cat that just won't chill no matter what? Or the opposite, an older pet that's dragging because their joints ache? You may have CBD on the mind, because chances are you know someone who swears it fixed the fill-in-the-blank issue their doggo was having.

Where do Tennessee lawmakers stand on legalization?

A vast majority of 600 registered voters across Tennessee polled by Middle Tennessee State University in 2018 supported the legalization of marijuana to some extent.

More than 300 people voted during a 10News Nightbeat interactive poll on Monday asking whether they feel medical marijuana should be legalized. By the end of the show, 86% said they feel Tennessee should legalize medical marijuana.

Given the large support for legalization across the state, we asked all lawmakers in the Tennessee House and Senate during the general session to answer a few simple 'yes or no' questions on whether they support medical or recreational marijuana legalization.

We also asked if they supported a ballot vote on either issue. Tennessee is not a referendum state -- meaning the public can't simply petition to hold a popular vote on issues. There have been rare referendum votes in the past such as the 2002 vote to establish the state lottery, however the state-wide vote had to first be approved by the legislature in two successive sessions and was limited in scope -- as referendums are generally reserved for creating an amendment in the state constitution.

Most of the 132 lawmakers in the Senate and House did not provide a response. Less than 25 lawmakers weighed in on the topic, including the Lt. Governor. Many were supportive of medical marijuana legalization in some form, but most were against recreational legalization at this point in time:

►Gov. Bill Lee (R) - Prior to taking office, Lee said he remained unconvinced of marijuana's medical benefits. He previously said he was opposed to its legalization or decriminalization in any form:

"I think we ought to expand the use of low THC/CBD oils first to alternative treatments before we go there."

►Lt. Governor Randy McNally (R) - No to medical as long as it federally remains classified as a Schedule I drug, No in general to recreational.

►Sen. Richard Briggs (R-Knoxville) - No to both.

►Sen. Becky Massey (R-Knoxville) - Yes to medical with 'guardrails to discourage abuse,' No to recreational.

►Rep. Martin Daniel (R-Knoxville) - Yes to medical with 'strict limitations and controls,' No to recreational.

►Rep. Bill Dunn (R-Knoxville) - No to recreational, generally medical would need to be tested and approved by the FDA.

"There are many versions of medical marijuana bills.  Not all are the same not all are equal."

"I believe if the people would like to vote on this issue, they should be allowed to do so, however, I would like to see more factual information shared on the topic before the vote happens. When considering policy that is in effect in other states, we should be able to present the facts with pros and cons so folks can make an educated choice, including  information from other states that have already enacted the policy."

►Rep. Rick Staples (D-Knoxville) - Yes to both. Staples was co-sponsor to a piece of medical marijuana legislation.

►Rep. Jason Zachary (R-Knoxville) - No to both (If it were possible, he would support the topic being brought up for a vote).

►Sen. Art Swann (R-Maryville) - Conditionally could support medical -- so long as it is not grown in Tennessee, No to recreational

►Rep. Bob Ramsey (R-Maryville) - Yes to medical, no to recreational.

►Rep. Cameron Sexton (R-Crossville) - No to both until federal laws are changed to remove marijuana's status as a Schedule 1 drug.

►Rep. Lowell Russell (R-Vonore) - No to both, but is open to having a vote on the matter and could possibly support medical marijuana over time as more states legalize it:

"Before anything can be done - the federal government needs to take action and change the schedule 1 of marijuana.  Schedule 1 makes it an illegal drug in America."

►Rep. Mark Hall (R-Cleveland) - Responded to say he had no comment at this time.

"There is an overwhelming amount of support across the state for medical marijuana. It is truly unfortunate that a group of older state senators continue to prevent Tennesseans from accessing this viable medical option. We have the opportunity, with appropriately crafted legislation, to accomplish several positive things. First, we can provide patients with a natural alternative to pharmaceuticals. Next, we can help the local economies of distressed counties and struggling family farmers across the state by providing them with a new, reliable cash crop. Finally, we can generate new revenue for much-needed infrastructure projects across the state without placing an additional regressive tax burden on the backs of Tennessee families."

"I am not sure about supporting this issue without additional specific research that will affect families’ health and incarceration. Thanks for the inquiry as I continue to study the advantages and disadvantages of marijuana use. Moreover, constituency awareness is required  and input heard prior to decision making."

►Sen. Shane Reeves (R-District 14) - Yes to medical with strict criteria, No to recreational.

►Rep. Scott Cepicky (R-Culleoka) - Yes to medical, No to recreational

Rep. Faison recently sat down with Karen Pershing, the executive director of the Knox County Metro Drug Coalition, to debate their opposing views on the issue of medical marijuana legalization in Tennessee.

Faison believes medical marijuana has medicinal purposes that would also offer a safer alternative to some legal prescription painkillers at the center of the opioid epidemic, while Pershing argues it could facilitate more cases of abuse and addiction, while also posing threats specifically to adolescents.

You can watch the full discussion below or at this link:

Where is marijuana use legal?

In Tennessee, Kentucky and Virginia -- marijuana is fully illegal and is not decriminalized. Both Nashville and Memphis passed short-lived local ordinances decriminalizing marijuana possession, however former Gov. Bill Haslam signed legislation back in 2017 that repealed those ordinances. 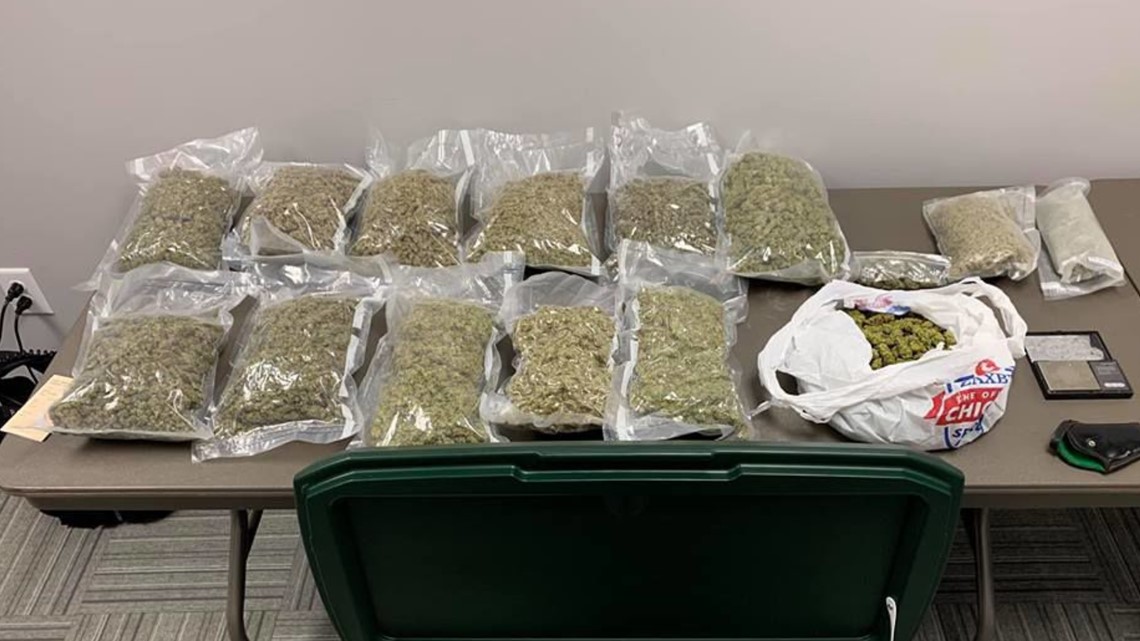 Marijuana 101: Probation is the norm for people convicted of possession
East Tennessee jails are crowded with inmates arrested on drug crimes, but according to Knox County District Attorney General Charme Allen -- that doesn't apply to people arrested on a first offense for marijuana. "I think there are a lot of misconceptions about marijuana in our community," said Allen.

Some states have also decriminalized marijuana in various forms -- which generally will charge people caught with small amounts a fine or hand our reduced penalties so long as the amount possessed remains under the state's criminal threshold.

Of the states where both medical and recreational marijuana are still illegal: Mississippi, Nebraska and North Carolina are the only three states currently to decriminalize possession under a small amount.

Marijuana is legal in some U.S. territories. Guam and the Northern Mariana Islands have fully legalized the drug for recreational and medical purposes. Puerto Rico and the U.S. Virgin Islands allow medical use only, with the drug being decriminalized in the latter. The drug is fully illegal in American Somoa.